Skip to content
< Blogs
Home > Featured Blogs > Where Does Windows 8.1 Stand With Enterprises And Users?

Since the original release of Windows 8 on October 26, 2012, the operating system has benefitted from two major updates — Windows 8.1 (in October, 2013) and the Update to Windows 8.1 (in April, 2014). With these updates, Microsoft sought to address a variety of user concerns and feedback, including some major revisions to the user interface. In the latest update, Microsoft has introduced some useful new features like the ability to right-click from the Start Screen: 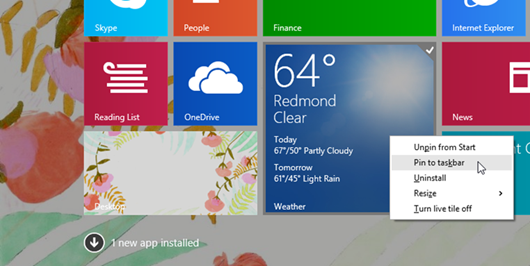 Indeed, Windows 7 remains the enterprise standard; most enterprises have only recently weaned themselves fully off of XP. But Windows 8.1 does matter in the enterprise, for several reasons:

In most cases, enterprises with an interest in Windows 8.1 devices are running hybrid environments — adding Windows 8.1 tablets (for example) into a largely Windows 7 environment. This is best accomplished using System Center 2012 R2; prior editions don't offer full deployment capabilities, making them onerous for I&O personnel to manage.

In the report, I offer an overall assessment of where Windows 8.1 stands today and whether you and your organization should be considering adopting some of these devices. I find that, overall, Windows 8.1 with its recent update makes the best case yet for enterprise adoption.  I invite you to read and download the full report here.