Well, it’s now been about nine months, and time to check in on the gestation of the DATA Act.  But before we start on what’s happened since the law passed on May 9, 2014, let’s take a quick look at what it is, and what government organizations have to work with.

This bipartisan legislation – jointly sponsored by two democrats and two republicans – is an effort to modernize the way the government collects and publishes spending information – in particular by establishing standard elements and formats for the data. The new law assigns responsibility for the task, sets out a four-year timetable for implementation, and establishes a strict oversight regime to measure compliance in the adoption of the standards and the subsequent quality and timeliness of the published spending data. That oversight is the big difference between the DATA Act and the previous legislation to improve funding transparency.  This time someone is watching, and the law has teeth. 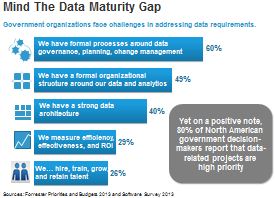 Given the state of government spending data – as revealed in a GAO report published last summer – there is much to be done. And the reported maturity of government organizations suggests that starting ASAP would be a good idea.  When Forrester asked technology management and business leaders in government about data and business intelligences practices, we discovered a data maturity gap. While a strong majority of government organizations reported formal processes around data governance, planning, change management, and almost a majority had a formal organizational structure, fewer reported strong data architectures and only one-quarter reporting measuring the outcomes of their data processes.  Most worrisome is the inability to hire, train, grow and retain the data talent they need – only 26% said they did.   For some, implementing the DATA Act will certainly be a challenge. However, the generous timeline and the resources available to guide the process will help.

Following the passage of the Act, a flurry of activity started the collaboration process.  Industry organizations such as the Data Transparency Coalition and ACT-IAC sponsored a series of events to discuss the law, its implications, and ideas for how to leverage best practices – such as those established through the Recovery Act and USASpending.gov.  Replays of many of those events are available online:

In the fall, Treasury and OMB launched two calls for comments. The first was onecall for input into their research on data standards, best practices, and perceived impact of the DATA Act.  The second was a call for comments on the first 58 common data elements identified by Treasury, and thoughts with regard to three specific questions: 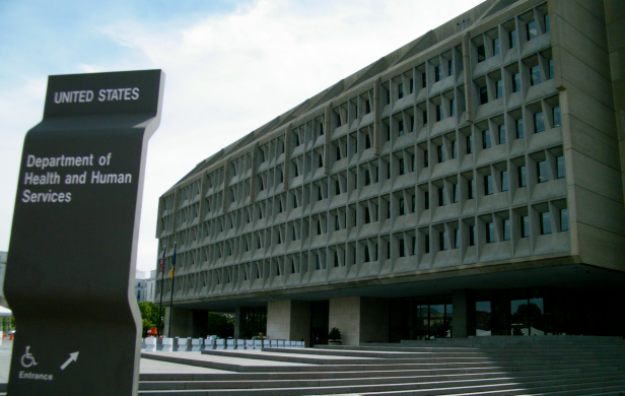 In December, OMB identified the Department of Health and Human Services as the agency to lead the pilot program testing the impact of the new data standards on federal funding grantees. The pilot program will start a year after the passage of the law – or May 2015 – and will run for two years.  The objective is to determine the scope of the changes required, and the ease of reporting achieved with the new standards.

Clearly, implementation of the DATA Act is well underway.  How can agencies get involved?  There are a lot of resources available. And, industry and peer organizations provide forums for sharing best practices.  Take a look at Forrester’s suggested first steps which start with a data readiness plan in The DATA Act: One Small Step For Data; One Potentially Giant Step For Accountability.

Can the government get its data act together?  It’s certainly trying!

Join us for a Predictions 2023 webinar on the staffing and data integrity pressures to plan for now.