GoPro’s like the preternaturally gifted kid at Content Marketing High. Its community of content creators churn out viral video clips like butter, and its online audiences are second only to Red Bull’s. The product’s actually a viral video machine, giving it this absurd business, marketing and content strategy alignment: 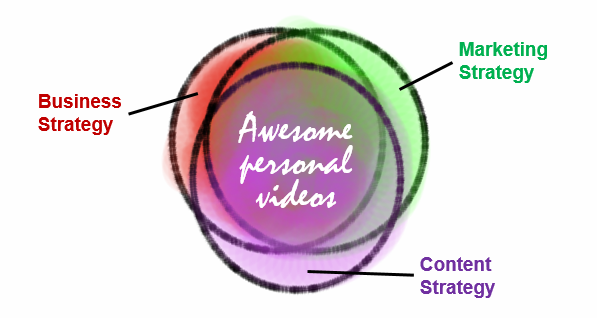 But all is not well with the valedictorian of Content Marketing High. Its market value has been decimated in the last half year, as its stock crumbled to less than 25% of its former self. 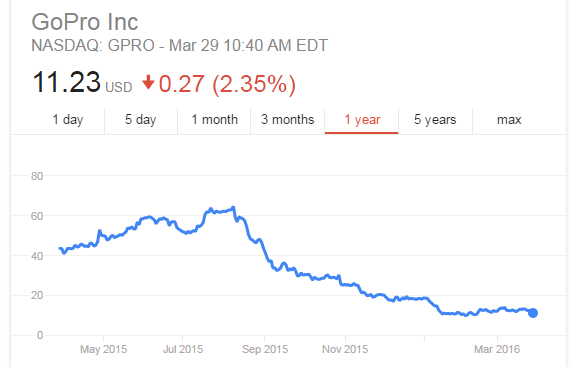 My colleague, Ted Schadler, has the consumer electronics savoir-faire to diagnose GoPro’s real problem: The product has not become a mass market product; it’s been embraced almost exclusively by extreme sports stars and wanna-be’s.**

GoPro’s success documenting inhuman feats by death-defying daredevils has come at the expense of documenting the content that real people might want to create from a first-person camera.

The brand is adjusting to the market headwinds by investing in its software, making it easier for anyone to upload and edit video footage. Democratizing its storytelling to appeal to everyman should get as much focus.

The moral of the GoPro content strategy story: Sometimes your übersexy brand storytelling can be too sexy for the actual market opportunity.

*What I heard was this: the stock was probably overpriced to begin with. But: If that’s the case, is it not possible that the content marketing contributed to that overpricing (or the hype that generated the overpricing)?

**I had initially assumed that GoPro’s problems stemmed from cut-price competitors; that is, GoPro’s viral content created demand for first-person video capture technology, but its competitors answered the need more cheaply. And it’s true that GoPro doesn’t appear in generic searches for its category on Amazon. However, listening to GoPro’s quarterly earnings call, it’s clear that its strength in the channel, its brand strength and product differentiation has driven dominance in its space. It has the majority of sales in its space, with no signs of a weakening market share. The problem is the size of the space: niche.

Michael O'Grady 2 days ago
In 2023, we anticipate that two-thirds of global B2C e-commerce will come from online marketplaces.
Read More
Blog