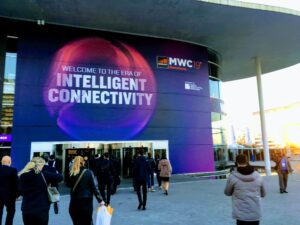 This week, Mobile World Congress (MWC) took place in Barcelona. The event theme was “Intelligent Connectivity.” This theme captured well what is happening in the market. At the same time, the event was overshadowed by geopolitical squabbles over network security as well as greater scrutiny of financial viability regarding emerging technology investments — such as 5G, the dominating theme at the event. My subjective takeaways from MWC19 are:

As in the case of 3G and 4G, the hype created by vendors concerning 5G is in some way putting the cart before the horse: The old “build it and they will come” approach is unlikely to work with 5G. Too many supposed 5G use cases can either be realized with a combination of existing connectivity solutions or are financial wishful thinking — in other words, often not economically viable today.

Ironically, the 5G skepticism by potential 5G users is likely to help 5G in the medium-to-longer term: The lower the expectations regarding 5G, the easier it will be to exceed them. I expect the 5G rollout scenario to follow approximately the depreciation cycle of 4G and other “legacy” standards. In other words, 5G will be gradually introduced into the network infrastructure as 4G capex is gradually replaced with 5G capex.

Then, 5G will unfold its potential to enhance employee and customer engagement through super-fast mobile broadband; support IoT solutions with massive machine-type communications; and open new business opportunities with ultra-reliable and low-latency communications. Hence, MWC was an important milestone to prepare the path for 5G — despite the hype that it created around 5G.

The Metaverse Doesn’t Exist Yet — So How Do You Develop For It?

Andrew Cornwall November 9, 2022
Experienced developers know the situation too well: An executive comes by with an idea, and it’s up to us to act on it. If a C-level has recently dropped by your office to say, “We ought to be looking into this metaverse thing,” you’re in for an adventure. Bringing a company up to speed when […]
Read More
Blog

Meta Connect 2022: My Take On Its Consumer-Focused VR, Avatar, And Metaverse Announcements