Apple announced today that it sold $144 million in its App Store on January 1st and more than $20 billion in 2015. Wow. This from a company that launched $0.99 songs in 2001 on iTunes and didn't even consider apps to be useful when it introduced the iPhone in 2007. From public filings, Apple App Store net revenues (the 30% that Apple makes on digital media and app sales plus some other bits and pieces) grew from nothing in 2000 to $19,909 in fiscal year 2015 (see Figure 1). As you can see, growth is slowing down (though from a large base). 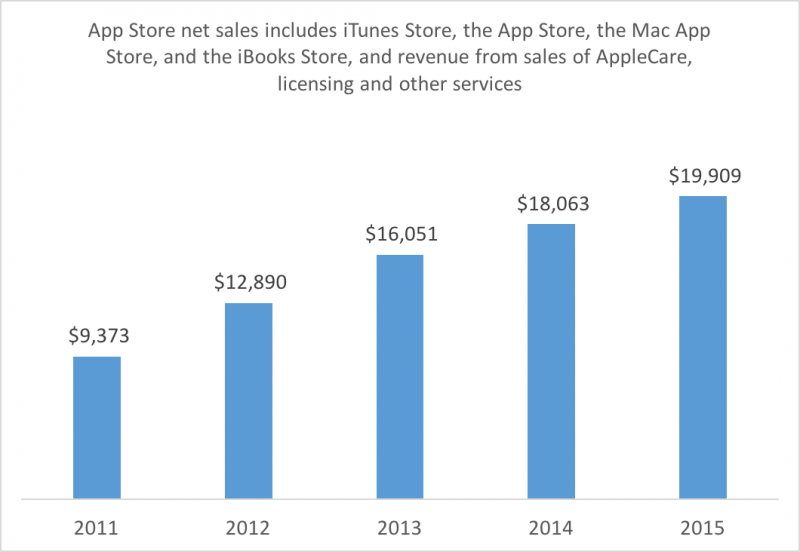 This App Store revenue breaks down into:

So what does $20 billion mean to Apple?

What Apple Should Do To Keep App Store Innovation Going

But Apple also cares about growth, and that's slowing. To keep the font of innovation going (and staved off regulatory oversight), it's time for Apple to make the App Store a more open market and:

Figure 2 Where Are The Mobile Moments For The Rest Of Us? 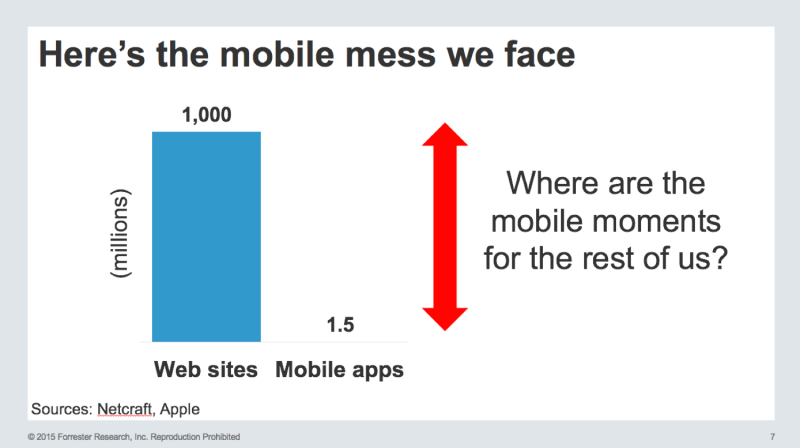