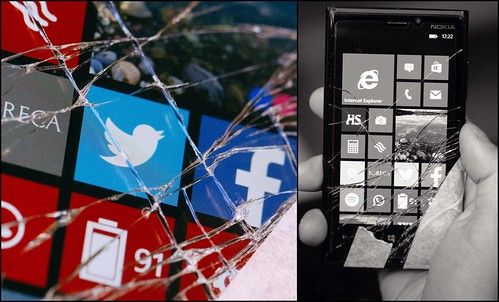 “What we’re doing with Creative Labs is basically unbundling the big blue app,” Mr. Zuckerberg said in a recent interview at the firm’s headquarters in Menlo Park, Calif.
In the past, he said, Facebook was one big thing, a website or mobile app that let you indulge all of your online social needs. Now, on mobile phones especially, Facebook will begin to splinter into many smaller, more narrowly focused services, some of which won’t even carry Facebook’s branding, and may not require a Facebook account to use.

In retrospect, this was inevitable. Here are two reasons why.

Julie Ask says that Facebook bought WhatsApp ($19 billion) for its user base. I agree. But in the world of The Mobile Mind Shift, Facebook retains relevance only if it becomes relevant in mobile interactions, and that requires a "collection of apps" future.

If you're worried about the future of Facebook, you should be. It's failing marketers, as our Facebook expert, Nate Elliot, has pointed out. Its pivot to a collection of mobile apps will be extraordinarily difficult. But it's the only way forward. If you disagree, ask yourself — do you really think a single monolithic Facebook app will still be relevant five years from now?