Skip to content
< Blogs
Home > Featured Blogs > GDPR And Google Q3 2018 Results: Are We Out Of The Woods Yet?

As I listened to Google’s Q3 2018 earnings conference call, the Taylor Swift song “Out Of The Woods” kept playing in my head. (This is the part where I pretend I tried to fight it. But let’s be honest, I didn’t mind.) As with the relationship in the song, I wondered if we were indeed “out of the woods yet” in terms of the risk posed by GDPR on advertising spending in Europe. 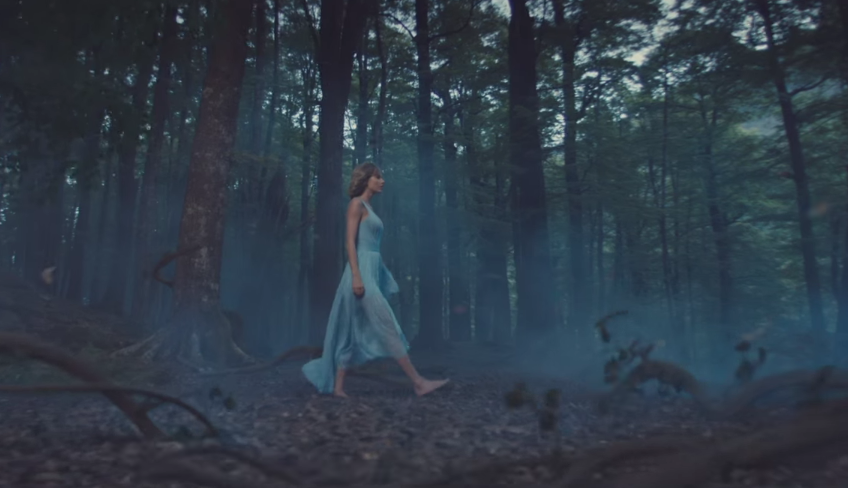 With only 5 minutes remaining on the call, there was still no mention of GDPR until Brent Thill of Jefferies finally broached the topic. Google’s EMEA constant currency revenue growth accelerated from 18.8% year-over-year in Q2 2018 to 19.2% year-over year in Q3 2018, begging the question of whether Google was in the clear regarding GDPR.

So far, it certainly seems that way. In his response to Mr. Thill, Google CEO Sundar Pichai gave no hint that GDPR had negatively impacted Google’s revenue, and CFO Ruth Porat added that Google is “continuing to invest significantly in Europe.” 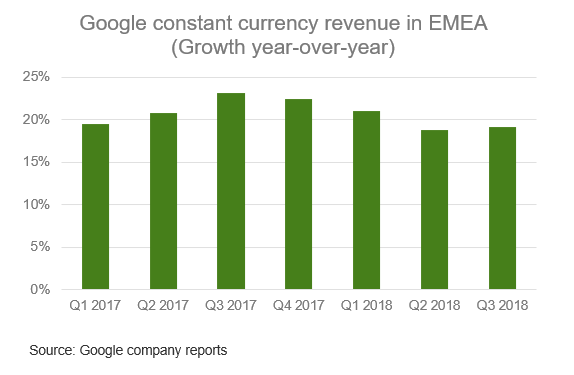 In our “Forrester Analytics: Digital Marketing Tracker, Q2 2018,” we commented that GDPR’s negative impact appeared mild in Q2 2018 but that the jury was still out until Q3 2018, the first full quarter that would be impacted by GDPR. For now, it appears the jury has reached a verdict: Digital advertisers are not yet experiencing material headwinds due to GDPR.

But Don’t Pop The Champagne Yet

Despite the apparent “all clear” verdict, this case could still be headed for a figurative appeal. Because Google’s ad revenue is dominated by search — particularly in Europe, where its share of the market is roughly 90% — it is less vulnerable to GDPR restrictions, so its positive results don’t speak volumes. And while Twitter and Snap’s results are encouraging, they exert relatively minor influence on European ad revenue. The real test of GDPR’s full impact will come when Facebook reports earnings on October 30.

And even if Facebook posts encouraging results, we should not be lulled into a false sense of security. As Forrester’s senior privacy analyst Enza Iannopollo wrote in her aptly titled blog post, It’s Mostly Quiet On The GDPR Front — But This Is Not The Time For Complacency, “it’s just a matter of time before we see severe regulatory enforcement actions and fines.” When that happens, the European digital advertising market may no longer appear quite so sanguine. Although Google, Twitter, and Snap posted encouraging results this time around, I still can’t get that catchy tune out of my mind. The question remains: “Are we out of the woods yet?”

Mary Pilecki 17 hours ago
We all know that there is a big difference between working hard and working smart. And specifically for marketers, the status quo often makes working smart impossible — functional silos inhibit internal efficiencies and negatively impact the overall customer experience. Some of today’s biggest marketing silos are technology-based — different platforms for different functions. Let’s […]
Read More
Blog

Stephanie Liu 5 days ago
Collecting data without infringing on consumers’ privacy and ultimately sacrificing their loyalty and trust is a new marketing imperative. Marketers must avoid regulatory fines and reputational damages and lead the conversation on consumer privacy. Data deprecation, new privacy laws, and the cookiepocalypse are coming. You’re now past the time to revise your approach to data […]
Read More