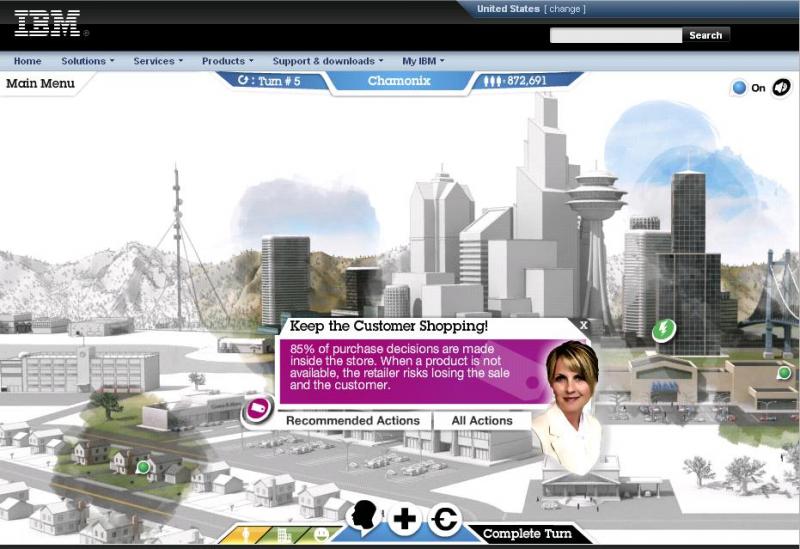 IBM introduced a new Smarter City Simulation game yesterday.  I took a few minutes to play around with it.  I love the idea.  It is SimCity meets Smarter City, and together they make CityOne.  Players are presented with challenges faced by decision-makers in Retail, Banking, Energy and Water industries within a city.  They start with a

budget for each industry.  And, for each challenge, they are provided with a list of recommended actions and must choose among them.  Each action has a cost and associated benefits.  Some are more “right” than others, earning bonus credits and increasing customer satisfaction and other key performance indicators, as well as earning special awards.  A player likely knows not to pick the "Ignore the problem" option.  Yet, when in doubt you can also query a consultant for additional advice.

My sense was that the “right” answers seemed pretty obvious.  However, that said, I certainly didn’t get a high score.  And, when I got to the end of my ten turns, I was feeling pretty overwhelmed by the issues across these industries.

While the game does address serious issues, I’m not convinced that city decision-makers would actually play the game.  At least, they likely wouldn’t play as a method of seriously studying the issues that they face and the possible alternatives for addressing those issues.  But for those of us not faced with the daunting issues confronting city leaders, CityOne does give an impression of the overwhelming tasks they face – and this just includes four industries.  We can just imagine the complexity of solving for transportation, education, waste management, public safety and other city services. 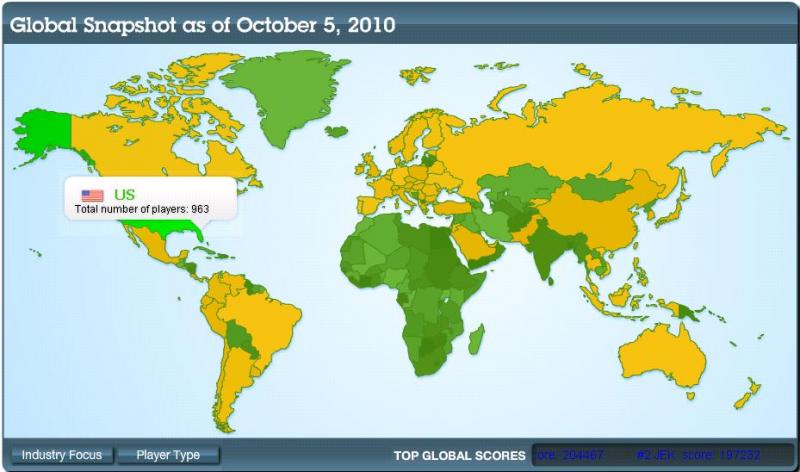 Although I’m not convinced of CityOne’s impact as a decision-making tool, I will certainly monitor the global reach.  Since its launch yesterday almost a thousand players have completed the game in the US, over a 100 in Canada, a little over 100 in China. The numbers aren’t huge but the reach is pretty extensive.  My quick count found players in over 50 countries.  I’m going to keep an eye on it.  While I don’t see this as really a “serious game” for city leaders or IT decision-makers, it is a really catchy awareness tool for global marketing and sales.