Government investment in ICT is growing. At Forrester we expect the overall government ICT budget to reach $346 billion in 2011, growing to $382 billion in 2012 or by about 10%.  That makes government one of the largest vertical industries – almost double the size of the retail industry, well above the telecom industry and actually behind only professional services and financial services.  As government soul searching intensifies in the wake of the financial crisis, and in light of global competition and economic recovery, we expect the dawn of a new government – not “big government” but a government that operates more effectively and certainly more efficiently.  What does that look like, and what does that entail?  We see three primary trends:

Those trends up-level the discussion from the department or agency level initiatives often associated with “smart cities” or smart government and point to “smart governance” as I’ve discussed in my recent report, Smart City Leaders Need Better Governance Tools, and numerous blogs. 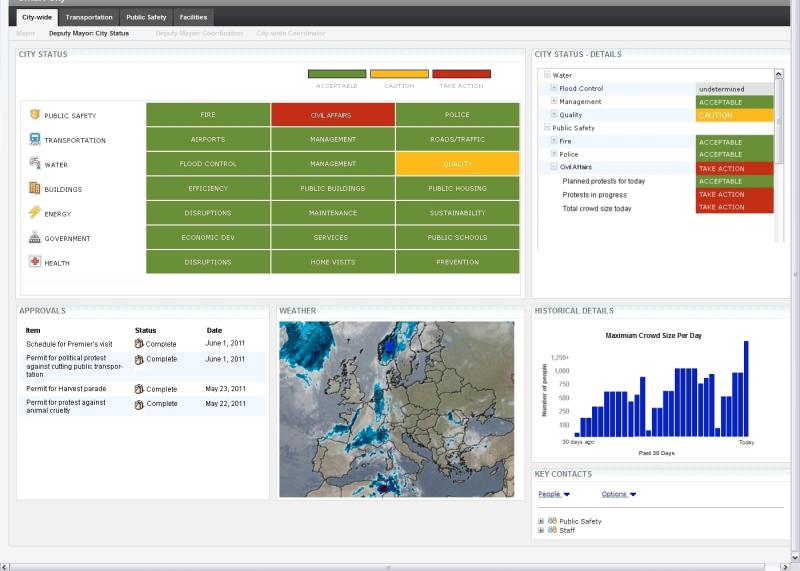 IBM’s recently announced Intelligent Operations Center for Smart Cities facilitates this shift.  IBM has promoted the smart city agenda through industry- or department-specific solutions – smart transportation, smart public saftety, smart energy, smart buildings, smart water etc.  However, the launch of the Operations Center (as a product rather than a services engagement which is what it has been) illustrates the recognition that a holistic view is necessary to create a truly smart city – and that not only the big cities need one.   What remains to be seen now is whether the cities themselves will succeed in executing on the holistic vision, rather than implementing the dashboard within a specific department.  The real value lies in integration across departments, enabling the sharing of information and coordination of activities and on-going programs.

I'm always looking for smart city examples — of any size.  Thanks!