Skip to content
< Blogs
Home > Featured Blogs > It’s Beyond The Basics For Education: Add T For Technology To The Three Rs

“School Bond Measure Fails” seems a common headline these days.  In fact, a quick Google search found that school bond measures and tax levies have just this fall failed all over the US, notably in Santa Clara County, which was characterized as “tax friendly.”  However, despite the hardships of raising money for schools, per-pupil spending continues to increase – having increased steadily from just over $500/pupil in 1919-20 to $11,674/pupil in 2006-07, according to the National Center for Education Statistics. 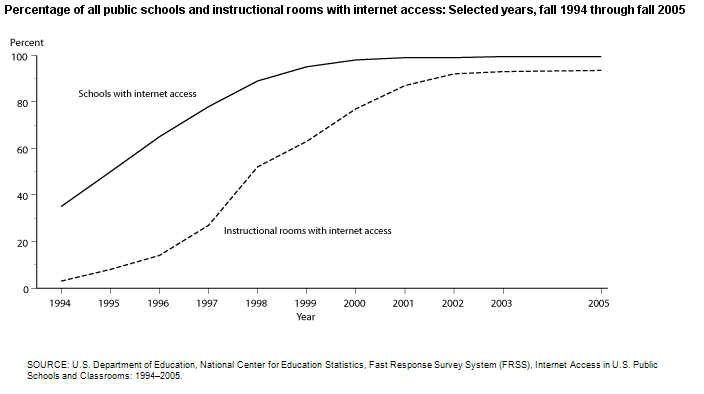 One place that the expenditure has been going has been toward technology investments.  The number of computers in public elementary and secondary schools has increased:  in 2005, the average public school contained 154 instructional computers, compared with only 90 in 1998.  More importantly, the percentage of instructional rooms with access to the Internet increased from 51 percent in 1998 to 94 percent in 2005.

In Forrester’s Forrsights Budgets and Priorities Tracker Survey, Q2 2010, IT spending in education is expected to increase.  While public sector IT spending isn’t increasing as much as other industries, it is not too far behind.  And, of the three segments in the public sector, education falls in the middle between healthcare and government – 36% of IT decision-makers in education expect their overall budget to increase by at least 5%. 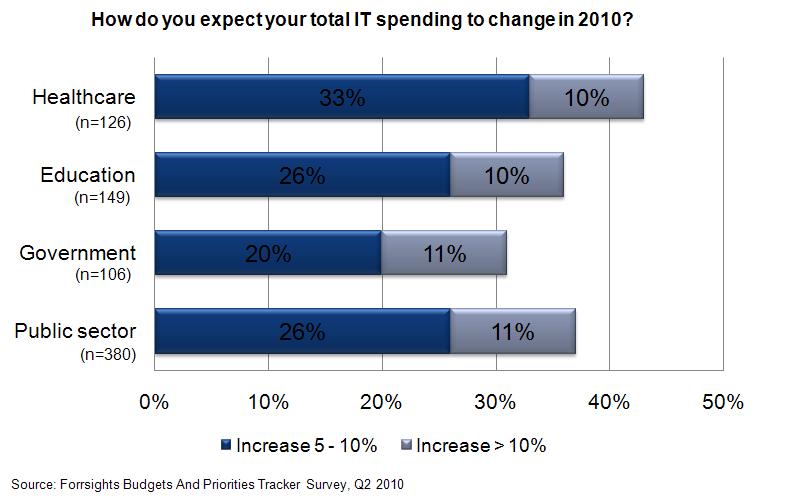 What are educational institutions spending on?  And, where are they finding the funding?  These are two of the questions that I’m looking into for my upcoming report on IT spending in education, “Beyond the Basics: Competition Drives Technology Into Education” (or something like that).

I’d love to hear your observations and insights into technology in education.