Welcome to the age of the customer, a time where consumers can get what they want, when, where, and how they want to. Or at least they expect to because that's how their life is panning out more often than not. But what happens when they don't get something that seems obvious? An example: Five years ago this month, a Spotify user posted a request on the company's Live Ideas feature request, titled, "Explicit Button." The request was simple, at least from a digital customer's point of view:

Now five years later, the request has yet to be implemented, despite having achieved 7,463 upvotes from the Spotify member community. This makes it the most upvoted, unimplemented idea in the community. Yet there it sits. Search for explicit lyrics & Spotify and you'll get at least dozens, probably hundreds (I won't take time to count but you are welcome to) of complaints. Lots of people claim to have left Spotify over it. Others continue to listen but are angry about it. Spotify did respond in 2016 by saying:

This is wonderful: We have heard you, we agree with you. But we haven't yet done anything about it nor do we have plans to do so. What's up, Spotify?

The title of my post, Spotify Loves Me; Spotify Hates Me captures this dilemma perfectly. Spotify is a successful service with more listeners than any other digital streaming service, Apple Music included. And in the spirit of full disclosure, I've been a paid member as long as such a thing exists. But the fact that Spotify has chosen not to prioritize what is a relatively simple request can seem puzzling to users. But it's hardly alone in this regard. Many of us love Uber, for example, but no matter how much we ask the company in forums and via Twitter, the company won't add a feature to let us tip drivers. Instead, Uber says we are welcome to tip in cash. Nice, if we carry cash, but we don't anymore, that's why we use Uber! 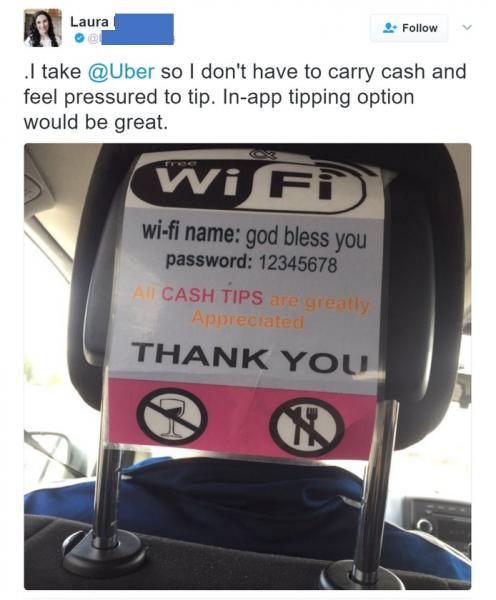 In my research on digital disruption I have learned from some of the best digital startups and innovative established players that you can't possibly know how to serve all of your customers needs. Instead, you have to have a process for rapidly trying to serve as many needs as possible, seeing which ones stick. I my book, Digital Disruption, I wrote about Lose It!, a calorie tracking app. The CEO described to me a major social initiative that the company developed and released only to find that their users weren't picking it up as quickly as expected. The company had just four employees at the time and lacked a mechanism for soliciting formal feedback, but activity on its user forums picked up as users expressed why they were or were not interested in the new feature. It quickly became clear what the company could do to fix the problem and without waiting for release cycles or an arbitrary innovation process, they took the feature down, retooled it, and had it up again in just a few weeks. Usage skyrocketed.

When companies ask me how to prioritize the 14 things they have heard from their customers (we want an explicit button, we want an in-app tip feature), I tell them that responsiveness is key: Once your empowered customers express interest in something new, your clock starts ticking. Rather than spend weeks deciding which single feature to tackle, start with the 1, 2, or 3 things you can do right away. Do them, put a mechanism in place for tracking their success, and move on to items 4, 5, and 6. The only criteria applied there are: Can you do it, and can you do it quickly? The momentum you generate in tackling even the small requests will carry you into the more complicated requests.

I'll admit I'm stupefied by Spotify's unwillingness to add a button to skip tracks marked as explicit. The meta-data is there, the consumer demand is there. Any arguments about what artists want are irrelevant: If artists want to reach people who don't want to listen to explicit lyrics, they should release less explicit music. If, on the other hand, they don't want to serve those prudes, then they are free to say "&#$% them!"

Spotify's decision criteria, on the other hand are simple: Can you do this, and how quickly can you do it?

James McQuivey, Ph.D., is a vice-president and principal analyst at Forrester. He is also the author of the book, Digital Disruption.

Lay the foundation for best-in-class marketing strategies that will help your organization grow.