Well, they are perhaps late from your point of view, but they have now caught up. Forrester’s Global Business Technographics® Marketing Survey, 2015 reveals the proportion of B2B companies intending to buy or expand their automation projects for, among other things: content management; sales; online marketing; and marketing automation. In each case, European firms’ propensity to buy is actually much higher than that of their North American counterparts. For example, 53% of European firms plan to adopt or expand their use of marketing automation software, compared with 37% of North American firms.

But remember, the marketing and sales disciplines are also markedly different in Europe than in North America, with local differences apparent within Europe as well. In our survey, 64% of European marketers described their organization as federated compared with just 40% in North America. This reflects the fragmentation of the target markets that European firms sell to: They need to use many more channels, languages, and messages to be effective.

I will expand on the data from this survey in a webinar on this topic held by marketing automation vendor Act-On in December: register here.  Forrester’s survey data also illustrates one major marketing difference. When we ask about how marketers deploy their demand management tactics, our European respondents revealed a marked difference in the customer life-cycle phases that they address and therefore the style, tone, and objectives of their respective marketing campaigns.  The survey respondents were asked in which stages they employed their demand management tactics. 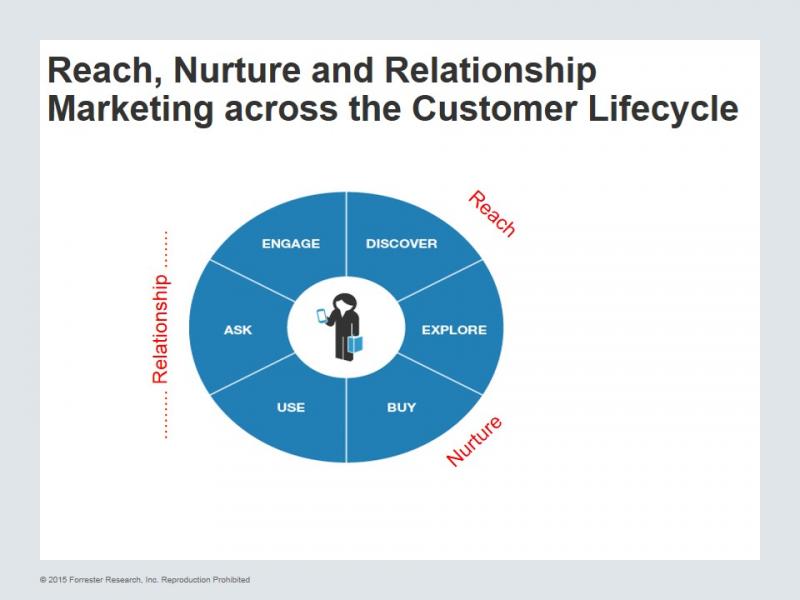 While the focus of both sets of marketers is now during the relationship and nurture phases, recognizing the impact of inbound marketing investments; there is a clear difference in work in the reach phase with 41% of North American marketers still campaigning in this phase, while the Europeans doing this were less than half of that number. So cold emailing campaigns still seems to be the rule in North America and less so in Europe. Now that does make a significant difference when comparing the functionality of marketing automation solutions.

A small posse of local marketing automation vendors is already enjoying success in Europe by addressing local needs more closely. I detailed those in a 2014 report but will be updating it in early 2016 with fresh data and some new vendors that have come to our attention in the meantime.

Malachi Threadgill 2 days ago
As B2B marketing continues to evolve, addressing shifts in buyer behavior has become a top priority for marketing leaders. These shifts, driven by the proliferation of data, include the rise of buying groups and the preference for self-guided, anonymous, or pseudonymous buying journeys. After working closely with our practitioner and tech service provider clients and […]
Read More
Blog

B2B Organizations Are Primed For Growth When Lifecycle, Revenue, And Marketing Unite

John Arnold January 19, 2023
Frontline B2B marketing teams need a cohesive approach to drive growth and get the most value from advances in tactics, technologies, and processes. Discover how lifecycle revenue marketing helps to achieve that.
Read More