Skip to content
< Blogs
Home > Featured Blogs > Who Is That Crazy Lady In Macy’s? (A Mobile Augmented Reality Story)

It's me. I was in Macy's last Saturday morning checking out the augmented reality (AR) app, "Believe Magic." I got a lot of stares. At one point, I had a small audience as I danced about and took photos with Macy holiday characters ("Yes, Virginia" characters) that only I could see on my phone. What I liked about this app is that Macy's and Metaio didn't push the technology too far – they created an experience well within the bounds of the technology. It worked without long delays or instructions.

There were TWO red mailboxes in the Macy's in downtown SF. When I asked for help ("Where's the red mailbox with the AR app?") from the nice Macy's executive in a black suit, her jaw dropped a bit with the realization she had no idea what I had just said or wanted. Another sales associate helped me out and took me over to a full-blown display that allows people to interact with the characters even if they don't have a phone. The app allows you to take pictures with the characters, share them with friends (usual FB and Twitter plus email), make cards, etc. It's fun. The small crowd of people pointing and staring . . . also fun. 🙂

This app is more about marketing, but it will give you a sense of the potential of AR for commerce purposes. We've just finished up research due out this week that speaks to the uses of AR in the purchase funnel or commerce track. AR will allow consumers to experience products pre-purchase. AR will simplify the discovery and consumption of content (e.g., pricing). AR will improve the owners' experience with "how to" guides.

Unless you've played with some AR apps, you likely have no idea what I've described so far. (I had to explain it to the shoppers in Macy's. Macy's actually did a GREAT job of in-store education. Still, shoppers were looking at me like I was crazy.) Check out the pictures below. Good stuff. It's the kind of experience that will give you optimism about AR and its potential. 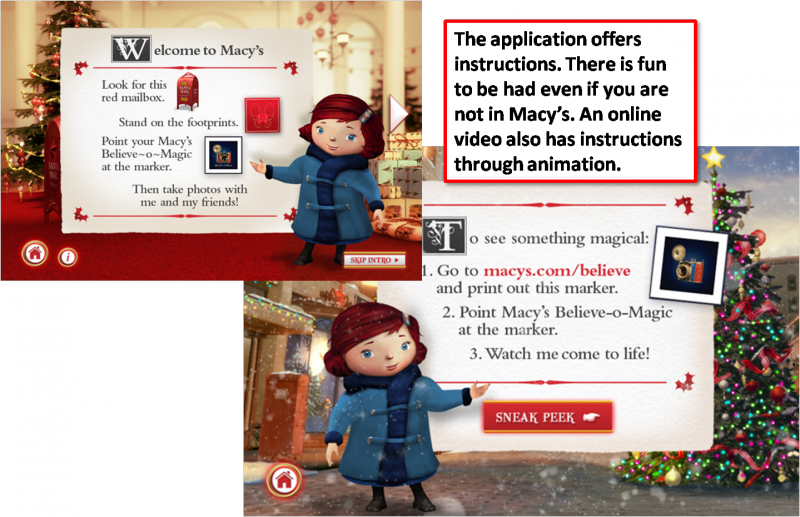 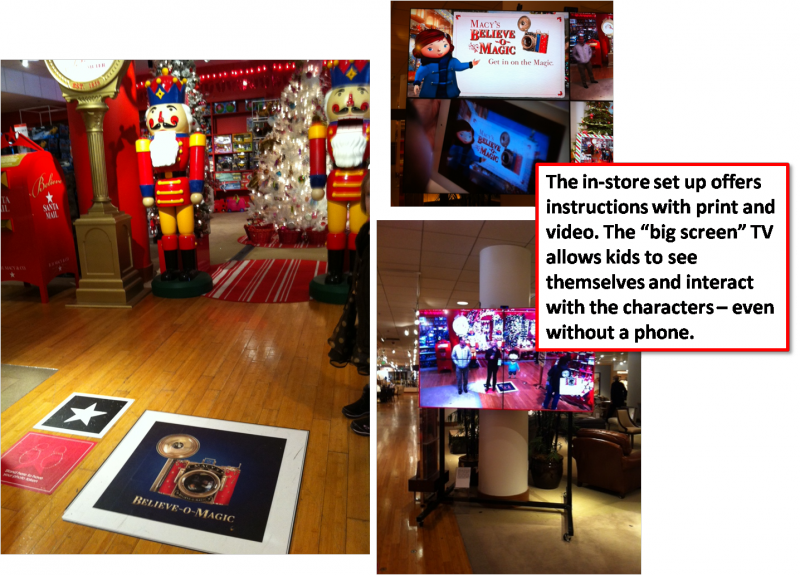 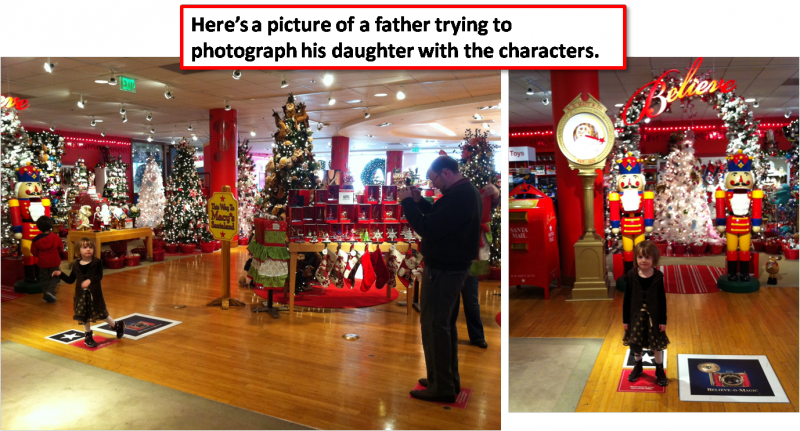 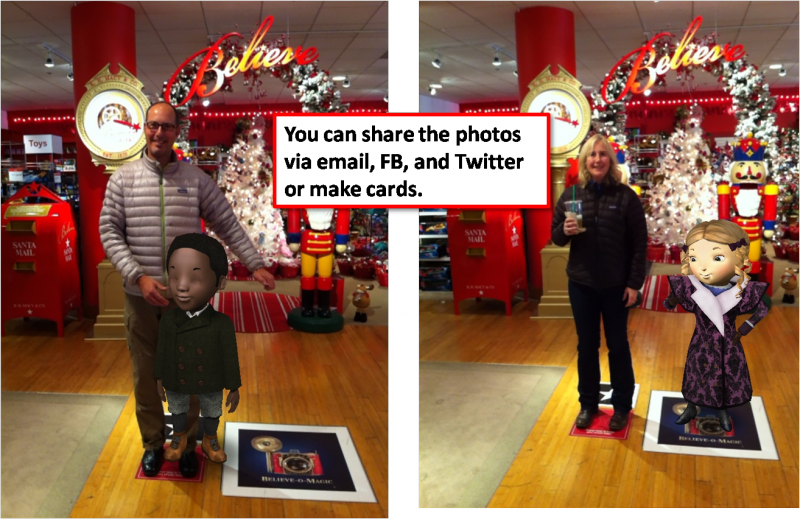