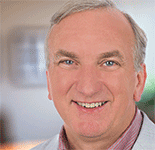 Traditional companies bring formidable strengths to the market: incumbency, scale, experience, and data, to name a few. However, they were not born as digital disruptors — or better stated, digital innovators and agitators — and while self-disruption may be a consistent theme in the market, it is hard to do.

In this episode, Nigel Fenwick makes the argument that although disruptors are inherently sexy, the ability for traditional companies to disrupt the market themselves is far more significant.

What It Means 7 hours ago
Low-Earth-orbit satellites open up a host of new opportunities for businesses. Should your firm be exploring these new solutions? Find out in this episode of What It Means.
Listen Now
Podcast