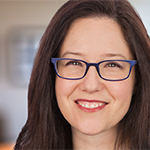 As expected, the FCC has repealed net neutrality. The issue was not a quiet public “debate” and it promises to remain a point of contention going forward.

At the heart of the debate sits a core question of principle is internet bandwidth a public good, like air, or a commercial asset, like spectrum?

Defenders of net neutrality argue that it is a public good, and any ability to discriminate services, stratify price, throttle bandwidth, or even stifle freedom of expression could cause harm. On the other side, proponents of the repeal argue that the internet is a commercial asset and the absence of net neutrality will not curb digital innovation — just as the absence of the regulation did not curb the rapid growth of the digital economy up until 2015. And they argue that market forces will create natural and useful guardrails against harm.

Either way, the repeal is now the regulatory reality, and business leaders must anticipate and plan for its consequences to the market at large, and to their business specifically.

In this bonus episode, Glenn O’Donnell and Melissa Parrish discuss the repeal, its implications, and key decisions executives can consider to move their business forward without net neutrality in place.