I just returned home from a trip to Bangkok and Bhutan. Civil unrest in Bangkok kept me from wandering as much as I would have liked. I had a lot of opportunity in Bhutan, however, to wander about and talk to people. As a bit of a background, Bhutan is a land-locked country bordered mostly by India to the south and China to the north. Much of the northern portion where we traveled is covered by mountains, so wireless is the primary infrastructure for communications. The average annual income is about $1,300, so they are not a wealthy nation. They've only been allowed access to TV and the Internet for about 10 years.

A consumer brand might argue that in a country where the annual income is only $1,300 and little infrastructure exists for the import of goods, there isn't much point in marketing — let alone a digital marketing strategy that includes mobile. Countries like these are opening up, however, and their wealth is growing. Personal care products and Coca-Cola was on the shelves in most of the small shops we passed. In a country where cell phones certainly outnumber PCs and cellular connections (even if prepaid) must outnumber fixed, mobile has to be part of the mix.

Here are a few pictures from my trip:

Senior monk with his cell phone 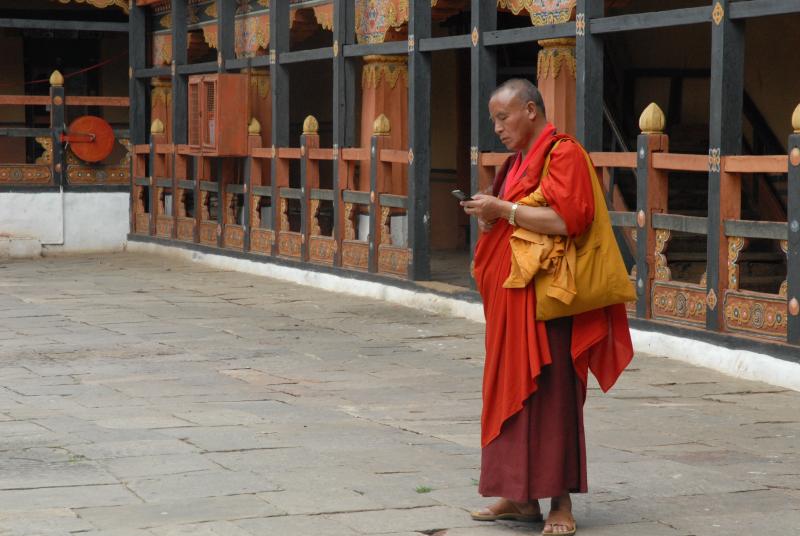 Teenagers checking out the latest message 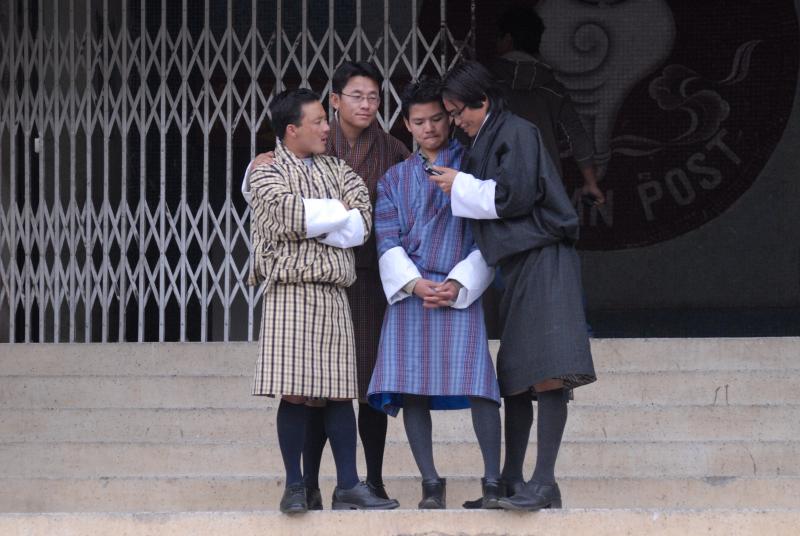 Woman At A Market In Thimphu Selling Red Peppers 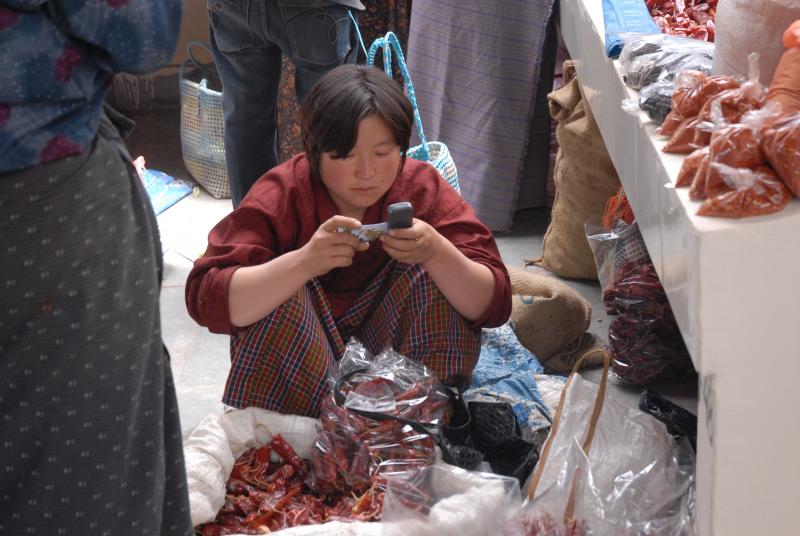 Two Women Sharing A Smile While Reading A Text Message 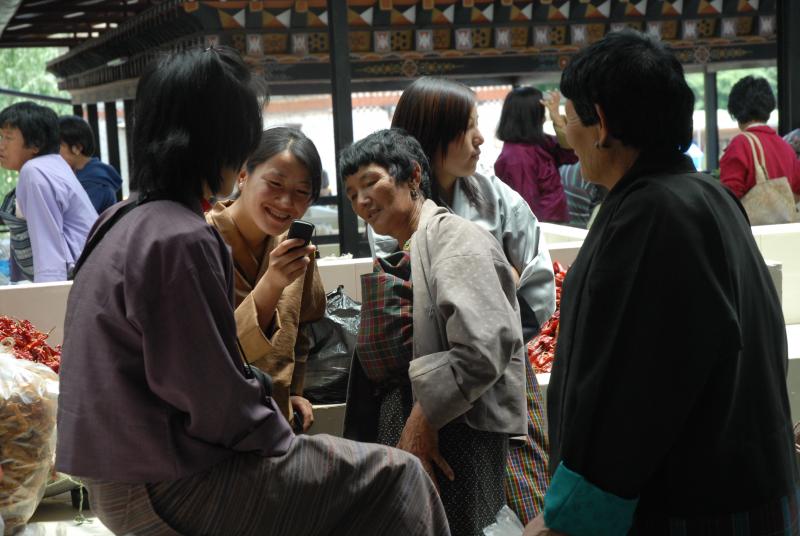 I Don't Think They Are Calling For A Taxi 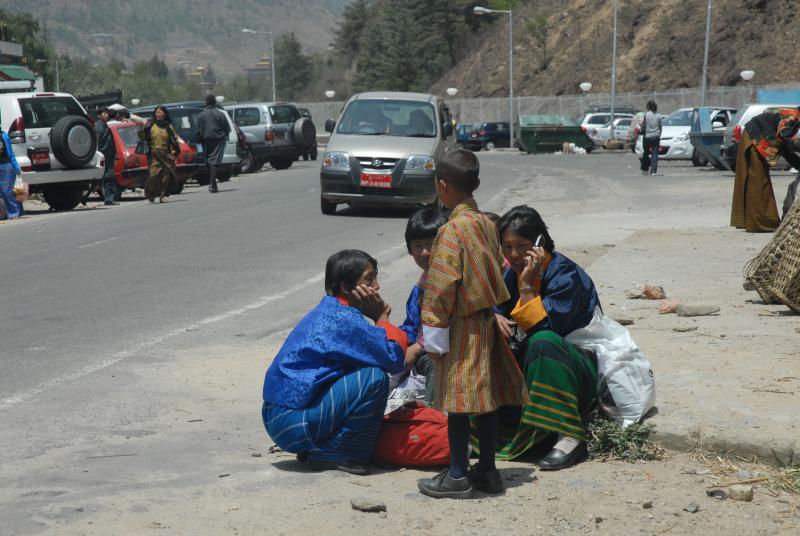 Woman Selling Souvenirs At The Damnern Saduak Market In Thailand 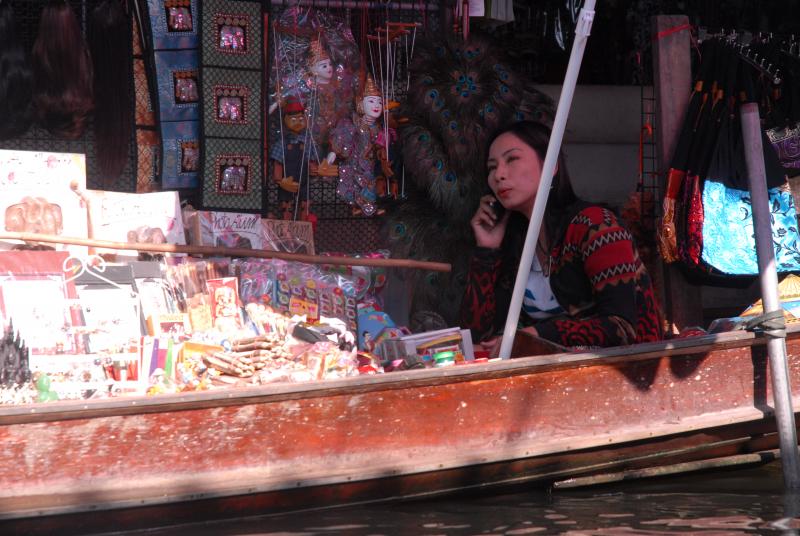 Selling Bananas At The Market 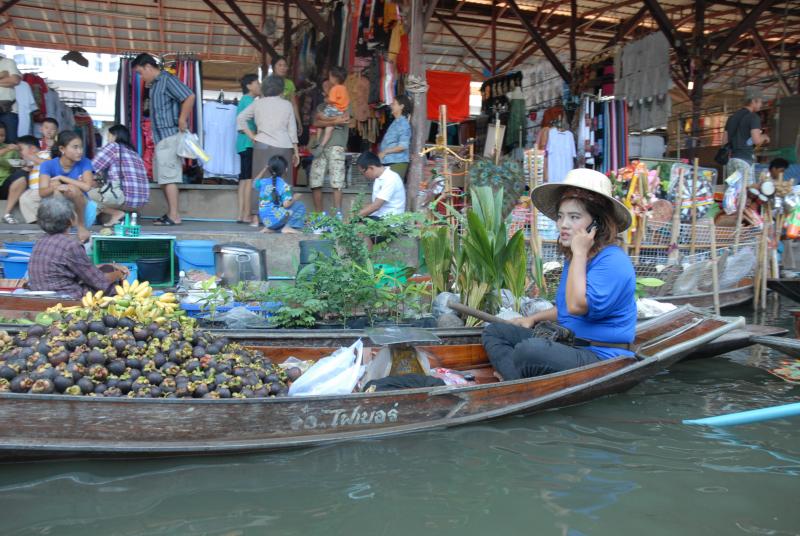 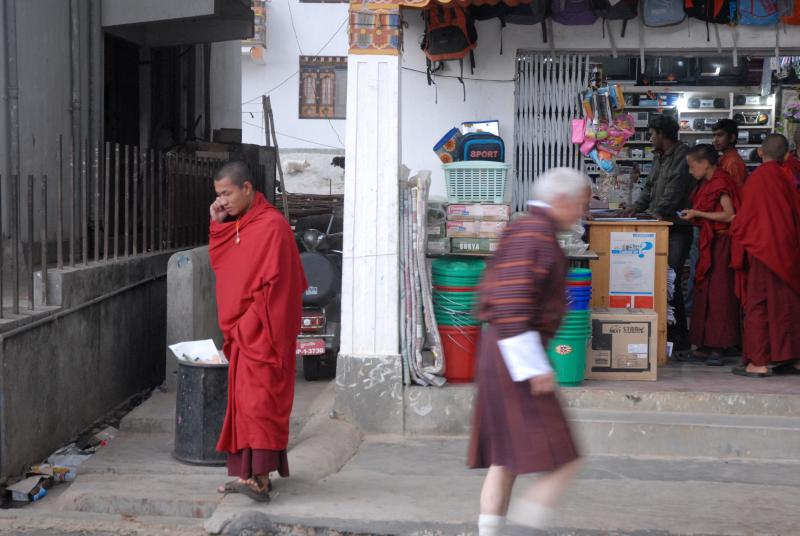 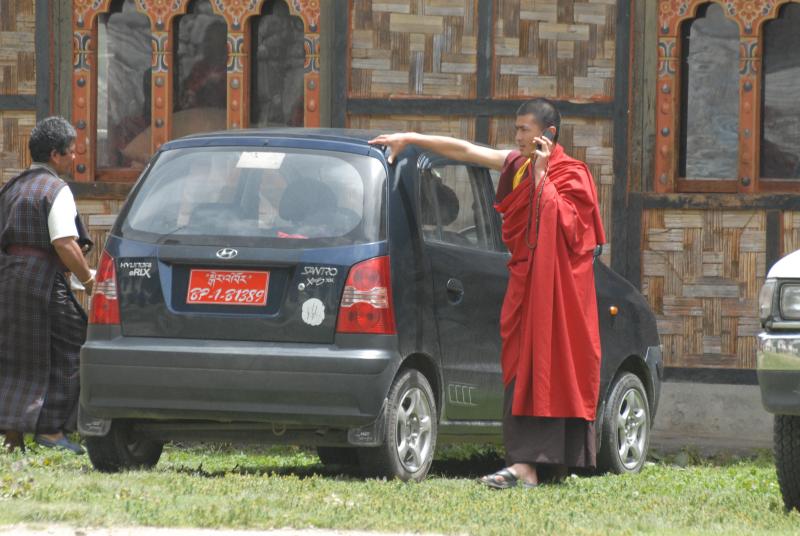 Listening To Music On Cell Phone 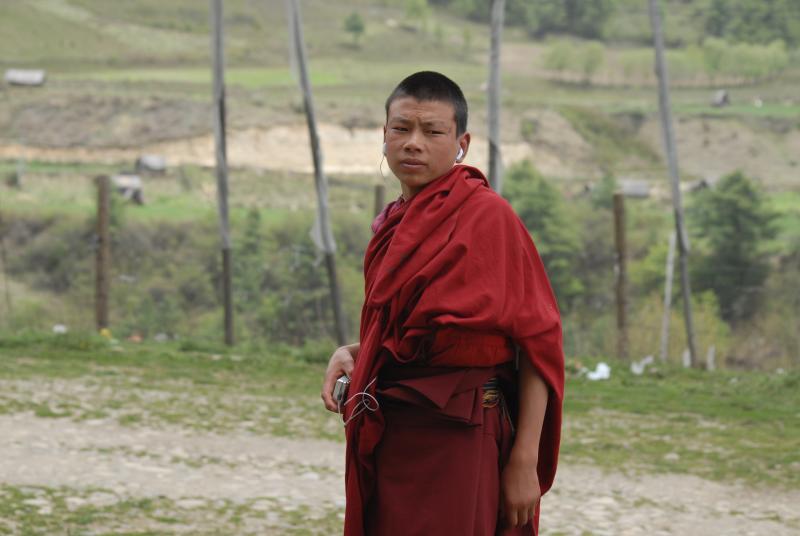