MySpace has seemed passé ever since Facebook lapped MySpace two years ago, but the news of MySpace’s demise was always a bit exaggerated.  While Facebook catapulted to international success, MySpace continued to chug along with tens of millions of unique visitors each month.  It’s still the 40th most popular site globally according to Alexa, and when Forrester published our report on Peer Influence Analysis and Mass Influencers, many were surprised when the Q4 2009 data demonstrated more influence impressions on MySpace than on Twitter.  But while MySpace perhaps wasn’t getting the due it deserved, there was no doubt its importance to marketers and its influence in the social media world was on the wane.  Change is in the air — soon a new MySpace will launch that will help it regain some of that lost luster.

Make no mistake — the days of MySpace as a general-purpose social network taking on Facebook are long gone, and MySpace recognizes this.  Instead, as has long been rumored, the revitalized MySpace is focusing on entertainment, and this means connecting with Facebook and Twitter rather than competing with them.

Here is perhaps the best way to think of the new MySpace — it’s a customized, digital, real-time entertainment magazine.  The new MySpace will feature entertainment-oriented curated content, social content and rich media content from around the Web.  Given the amount of socializing that occurs about favorite shows, movies, bands and celebrities, MySpace has the opportunity to mine a rich vein of information and discussion. Some of its traditional users may not like the change in MySpace, but it seems poised not just to retain current users but to recapture lapsed ones and gain new users, as well.

The new MySpace is cleaner and simpler.  Where I found the old MySpace busy and confusing (I sometimes called it the “Geocities of Web 2.0”), the new MySpace is well designed and offers an informative and intuitive interface. (See the screen shots below.)  MySpace says it has reduced the number of templates from 152 to seven and the number of button styles from 81 to two.

New features include 20,000 topic areas for users to follow; content hubs dedicated to movies, music, TV, games and celebs;  a recommendation engine to help users find new topics and fans based on their preferences and habits;  a Discovery Tab to view what friends are watching and what’s trending on MySpace; and (of course) badges to reward curators and fans.  (Apparently every social tool does need stinkin’ badges!)

As with every other social initiative these days, the focus of the new MySpace is “Discovery.”  MySpace will “showcase fresh content as it bubbles up across the site in real time.”  That means allowing people to connect with their favorite entertainment offerings via three views that update as news and social content changes:

Another interesting aspect of the new MySpace is that it’s going wiki.  The new site will help to facilitate curators — “a subset of its audience whose reputation and knowledge around particular entertainment topics and emerging cultural trends make them uniquely influential.” MySpace will give curators tools and the means to exert greater editorial control over content and increase their visibility in the community.

Since one-third of MySpace’s audience currently interacts via mobile, MySpace will quickly follow up the relaunch of its traditional Web site with a new mobile version, accessible on any mobile browser. And then expect new MySpace apps for iPhone and Android before year-end.

I anticipate that the new MySpace will see increasing traffic, starting with fans of Glee and American Idol, two entertainment properties with which MySpace has partnerships.  But, as you’ll note below, the new MySpace is loaded with interesting content on a wide variety of entertainment areas, and these topics and content hubs seem destined to become popular destinations for fans.

The newly designed MySpace begins rolling out today in beta and will be available to all users worldwide by the end of November. New users will have immediate access to the beta site. For more information, visit www.myspace.com/newmyspace. 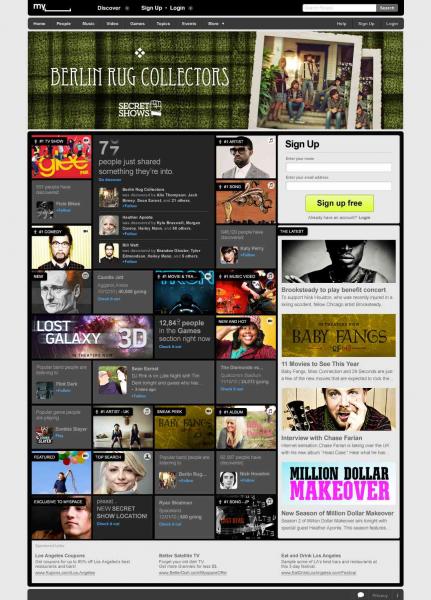 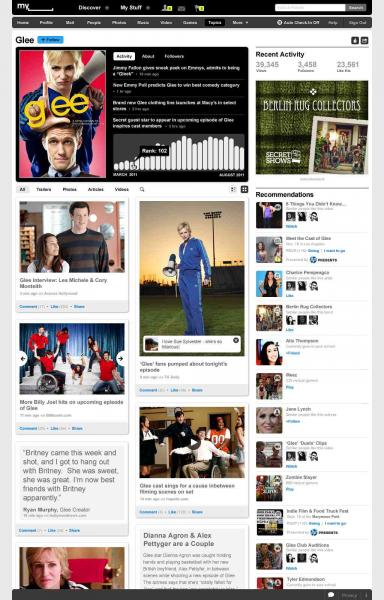 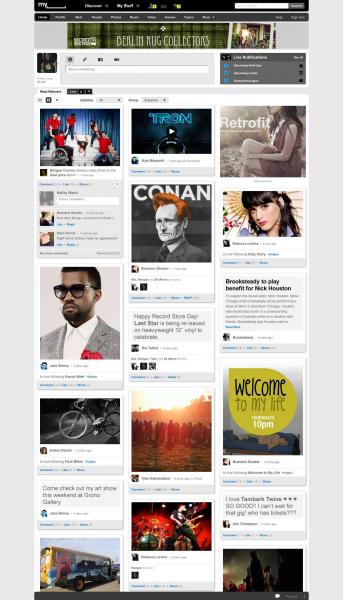 How To Prioritise Your Customer Experience Projects