Microsoft Tag had a big announcement this week.

This is really good news. When Forrester Research surveyed consumers last year, only 1% had used a 2D bar code reader in the past three months with adoption higher among smartphone owners — especially those with Android handsets. (See report.) The growth I would offer is more supply-side than demand-side driven. So — with this annoucement on my mind, I was excited to see a branded Microsoft Tag on my gum package this week. I thought, "Wow, these are everywhere." Then I scanned it and thought, "Wow, there are still some really average to poor experiences out there despite all the best practices and help that Microsoft offers." 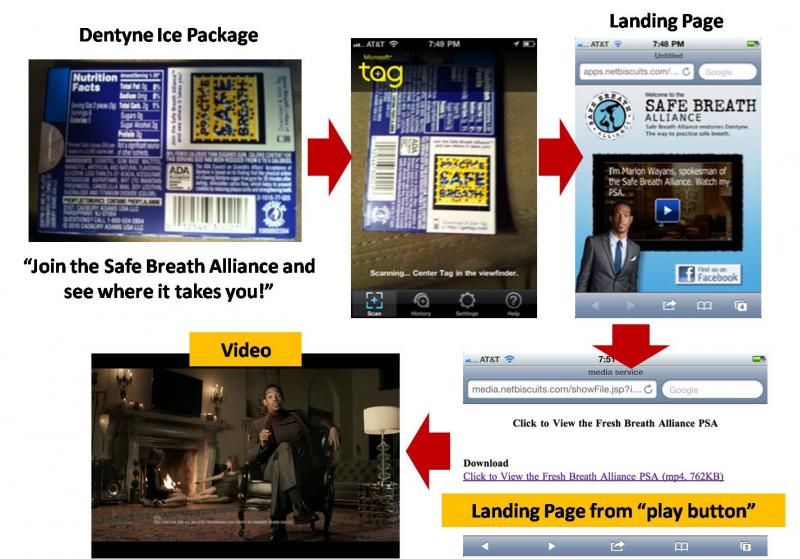 We are past the days when you could do mobile for the sake of mobile. Anything mobile is not cool or interesting. Should you still be experimenting? Yes, but be smart.

eBusiness professionals — this isn't simply marketing. There is a lot of focus on 2D bar codes today. The bigger picture is: Consumers will use their mobile phones to do research, shop, and engage with their physical world. 2D bar codes are one option for facilitating that connection. Best Buy uses QR codes to connect its customers to reviews, pricing, and side-by-side comparisons in stores. "The" way that consumers connect the physical world with the digital one doesn't exist yet. They have many options. As a community, we need to move consumers forward with good experiences.