In my recent report "Next-Generation Digital Financial Services," I argued that eBusiness and channel strategy executives need to develop a new generation of digital financial services that are SUPER: simple, ubiquitous, personal, empowering, and reassuring. Rabobank’s iPhone app is a great example of how to make it simpler for customers.

About 30% of Dutch consumers pay their bills by using acceptgiros — standard yellow payment forms that merchants sent to them together with their bills. These forms are prefilled with all relevant information that is required to make the payment. The customer can pay the bill by simply signing the acceptgiro and dropping it into the letterbox of his bank or by paying it directly via online banking (which requires typing in a 16-digit code).

To make this process simpler for its customers, Dutch Rabobank added a new functionality to its iPhone mobile banking app last month, which it calls "acceptgiroscan." Users of the app can pay bills by simply taking a picture of the acceptgiro with the phone’s built-in camera. Optical character recognition (OCR) software then reads and translates the scanned image and prefills all necessary form fields. The customer just needs to confirm to initiate the payment. A YouTube video (in Dutch only) shows how the app works in detail. 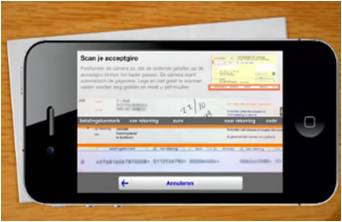 In the US, the introduction of mobile remote-deposit capture by firms like USAA was a milestone for mobile banking. It provided functionality that was not commonly available through online banking and used mobile technology to clearly add value to customers. It’s great to see a similar example in Europe now as well.

Diego Lo Giudice 6 hours ago
Truly digital firms have business models with technology at the core, and this technology is software. For such firms, software is an expression of the business. To become truly digital, complementary approaches to people, process, and technology are needed. The unresolved need for more developers (people) is well and painfully understood. The need for agile […]
Read More
Blog