Skip to content
< Blogs
Home > Featured Blogs > Venices (And Singapores) Of The World: Imitation And Innovation

We often hear of city comparisons.  In my many years in Russia, I must have heard that St. Petersburg was the Venice of the North hundreds of times.  Another is Paris.  How many times have you heard “[Insert city] is the Paris of the [insert region]”?  Actually, a quick search reveals that there are at least 11 cities that are “the Paris of the East.”  Some are quite surprising: 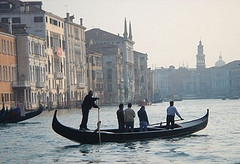 And, there are 17 other cities who have claimed to be “the Venice of the East” including five in China, three in India, two in Thailand, and one each in Bangladesh, Brunei, Micronesia, Indonesia, Iraq, Malaysia and Japan.  Most of these would love to attract even a fraction of the 20 million tourists who visit Venice annually.

A recent Economist suggested a new angle – or in fact the original angle on these comparisons. Venice’s canals were not only a tourist attraction. They were the infrastructure investment of the time, enabling the city to develop into a commercial hub.

The article “A Singapore for Central America?” muses as to whether Panama City has the potential of being a “Latin American Singapore.”  Not as a tourist destination, but as a commercial hub.  Of course, this potential is yet unrealized.  But the lessons are there for the taking.

Singapore has re-invented itself over the past 60 years, and for several years running has claimed the number one spot on the World Bank’s Doing Business Index.  With just under 5 million residents and a per capita income of $37,000, Singapore has invested in infrastructure, ICT and education to become one of the world’s smartest cities.  Several examples of Singapore’s “smarts” include:

So the challenged has been launched for Panama. 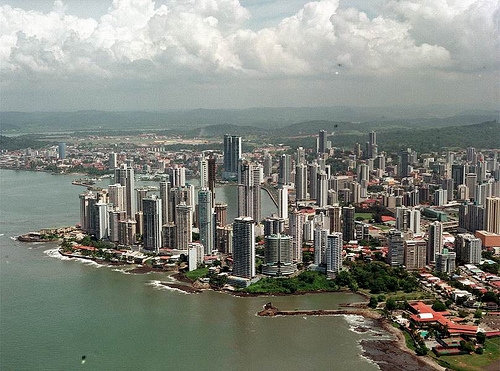 The real challenge, however, is not to imitate Singapore but to develop its own path based on the best practices demonstrated by others.  Most tourists who visit the Parises or the Venices are not expecting to see an Eiffel Tower or a St. Mark’s Square (except those who go to Las Vegas).  Tourists go to St. Petersburg go for the midnight sun, the pre-revolutionary architecture, the experience of Russia and maybe the canal tours as well.  The Venices and the Parises of the North and East have their own variation to the themes they were imitating.

The modern day wannabees – a Singapore of Latin America, for example – will also need to innovate.  Imitation may be the highest form of flattery.  But these cities are not looking to flatter.  They have aspirations of economic growth, higher living standards, political stability, and other goals.

The real challenge is not to be just another Singapore of the North and West.  What will Panama, and others, become?  That’s the exciting part of following smart cities.