Some Reflections On The Deal For Competitors, Partners, and Customers 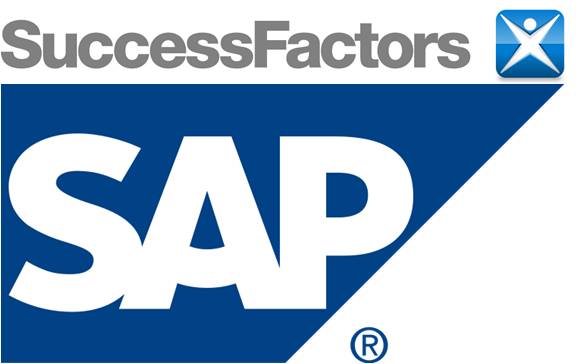 On December 3, SAP announced the acquisition of SuccessFactors, a leading vendor for human capital management (HCM) cloud solutions. SAP will pay $3.5 billion (a 52% premium over the Dec 2 closing price) out of its full battle chest and take a $1 billion loan. SuccessFactors brings about 1,500 employees, more than 3,500 customers, and about 15 million users to the table. In 2010, the company reported revenues of $206 million and a net loss of $12.5 million. A price of $3.5 billion is certainly a big premium, but the acquisition catapults SAP into the ranks of leading software-as-a-service (SaaS) solution providers — a business that will grow from $21.3 billion in 2011 to $78.4 billion by 2015 (for more information, check out our report “Sizing The Cloud”). The deal will certainly help SAP to achieve its 2015 target of $20 billion revenue and 1 billion users as it mainly targets the 500,000 employees that SAP’s already existing customers have. The deal is expected to close in Q1 next year. However, because most of the stocks are widely spread, stakeholders might hold back for now, waiting for possible counter bids from competition.

SAP will run SuccessFactors as a separate business, branded “SuccessFactors an SAP company,” and the CEO and founder of SuccessFactors, Lars Dalgaard will join SAP’s board. This is similar in concept to the previous BusinessObjects acquisition, which was quite successful. At the same time, Lars will take over SAP’s overall cloud strategy and business. This, however, raises a few questions. It was only 3 years ago when SAP hired Oracle veteran John Wookey to form SAP’s cloud strategy, which, at that time, was in a dire situation — a zoo of different On-Demand apps and a Business ByDesign (ByD) solution that was already 2 years overdue for market introduction. While Wookey established a new cloud strategy, with the successful introduction of ByD a year later, Peter Lorenz emerged as the new strong “man in the cloud” at SAP. While Wookey favored the Frictionless platform, Lorenz stood up for the new in-house developed ByD cloud architecture. We know the end of that story — ByD became the new overall cloud architecture for SAP, and Wookey left the company six months ago.

Now, the platform battle is over and is not expected to change any more after the new acquisition, but a lot of other important steps in SAP’s cloud strategy need to be taken. After all, HCM is just one of many cloud segments, and moving SAP forward in the cloud market will require deep understanding of the heterogeneous cloud market and SAP’s broad cloud portfolio including ByD, Netweaver, BusinessObjects, and new line-of-business (LoB) solutions . . . the cloud battle will not be won in HCM.

The acquisition is certainly a strong move against SAP’s closest competitors. Archrival Oracle is in the process of acquiring the customer service cloud provider RightNow Technologies (with significant portfolio overlap); but, overall, the company seems to be pretty busy with its Iron Man story, still digesting the Sun hardware acquisition. SAP clearly takes the SaaS lead over Oracle with the SuccessFactors acquisition.

Also, salesforce.com will not like SAP’s bold cloud move. While salesforce.com aims to broaden its portfolio with the attraction of independent software vendors (ISVs) on its Force.com platform-as-service (PaaS), SAP has overtaken this particular cloud rival in the important cloud segment of HCM. The cloud battle will now be shifted to the next wave of upcoming cloud apps, including, e.g., product life-cycle management (PLM), supply chain management (SCM), and business intelligence (BI).

And what about the main competitors of SuccessFactors, like Workday or Taleo? For those native HCM cloud vendors, the acquisition is nothing to worry about too much. It always was and continues to be a best-of-breed decision that cloud HCM solution clients select. Now, with SuccessFactors under the roof of SAP, there is certainly more muscle behind the solution, but it might lose innovation speed and flexibility on top of the required integration efforts that SAP will need to scale behind the scenes.

While customers do not need to bother too much about SAP’s cloud architecture strategy (something SAP has to solve internally to scale), solution partners were highly confused about the many different cloud platforms in the past. Should they skill-up and focus on the platform of ByD, Frictionless, BusinessObjects, Streamworks, etc.? A year ago, SAP finally disclosed its convergence strategy of all cloud solutions on Netweaver with a Java stack (named River) and the ByD stack for ABAP on top. Now, with SuccessFactors, a new cloud technology comes to the family — does it start all over again? Not really, SuccessFactors is not built on a flexible cloud PaaS platform. Partners don’t really have to bother about the new SAP family member, which will likely run parallel to its partner programs on ByD, and its brand new (recently announced) PaaS strategy will remain unchanged.

But what about partners that build cloud solutions for HCM? For extensions to ByD, I would not expect any significant impact — for an HCM cloud solution on the SAP Business Suite, you’re probably out of luck.

And how about service partners? So far, SAP hasn’t left much room for service partners to breathe within its cloud strategy. It will remain one of the most critical aspects for SAP’s cloud success in the future — to allow service partners the hosting and licensing of its cloud solutions — a lesson SAP (and its new family member) might still have to learn.

For several years, SAP hasn’t necessarily been a synonym for strong innovation. Many customers did not feel that they were getting the value for their hard maintenance dollars and looked for alternatives in the market to accelerate innovation, specifically in mature solution areas like HCM. For example, one of the largest SaaS projects worldwide today runs at Siemens, which, after a dispute with SAP about its maintenance agreement, started to roll out SuccessFactors for its 400,000+ employees. Similarly, many other SAP customers either left or complemented their SAP investments with the cloud solution from SuccessFactors to drive agility and innovation — well, welcome back to the SAP world! You’ll see that it’s not the same company it used to be just 2 years ago.

Diego Lo Giudice 6 days ago
Truly digital firms have business models with technology at the core, and this technology is software. For such firms, software is an expression of the business. To become truly digital, complementary approaches to people, process, and technology are needed. The unresolved need for more developers (people) is well and painfully understood. The need for agile […]
Read More