Skip to content
< Blogs
Home > Featured Blogs > Cloud Computing At NAB: The Media And Cloud Businesses Are Evolving To The Same Economic Model 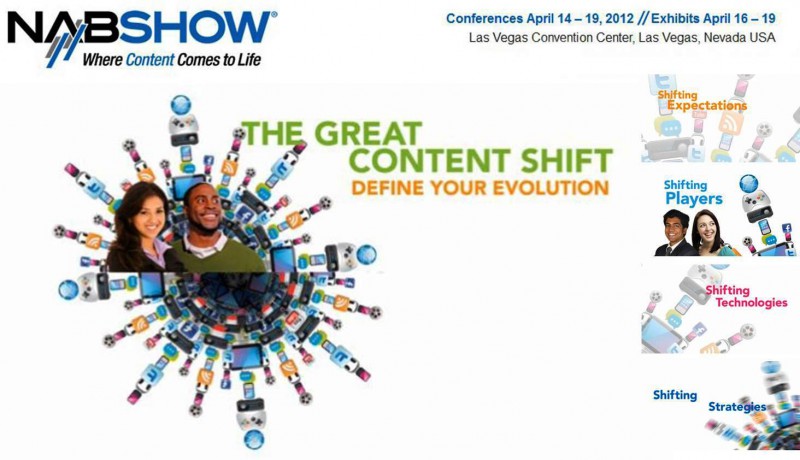 While the bulk of the enterprise IT market grumbles about the maturity and security of cloud computing services, it looks like the media & entertainment segment is just doing it. At the annual conference for the National Association of Broadcasters (NAB) in Las Vegas, myriad technology vendors are showing off their solutions that are transforming the way video content gets to us and behind the scenes there appears to be a lot of cloud computing making this happen. And there is a strong fit between these two industries because their business and economic models are evolving in complementary ways.

Sure, we all know that video streaming to your phone, tablet and TV is the new normal, but how this is accomplished is changing under the covers and cloud computing brings the economic model that maps better to the business of media and entertainment. You see, while broadcasting is a steady state business, the production process and eventual popularity of any particular video segment or show isn't. The workflow behind the scenes is evolving rapidly — or more appropriately devolving.

Back in the 1920s, film production was a vertically integrated business. Studios like Columbia Pictures and Warner Bros. employed everyone from set builders, camera men, actors, writers, directors, editors and distributors. They kept them all busy by maintaining a pipeline of films and contracts that committed top talent to multi-picture deals. Today that vertical integration has been completely blown apart and nearly everyone is a freelancer. Rarely do whole teams move from one picture to the next. Instead studios form mini-corporations for each film or series they produce and these entities hire all the freelancers on a contract basis and rent everything they will need. And when the film is done everyone scatters looking for their next gig and the corporation essentially dissolves. This change in the industry has created a much more dynamic market that reflects the ever more fickle and narrow-banded tastes of the Empowered consumers, as reflected in our Forrester Consumer Technographics® Surveys.

It has also changed the IT model as well, making it far less attractive for studios or other media conglomerates to own the capital assets needed by these bursty projects. If a studio owns a series of IT assets used for storing media files, applying effects to them, editing them, then transcoding them for delivery to the over 100 separate platform and bandwidth combinations, then are fully burdened with the total capital expense associated with maintaining these assets through each stage and at the end into perpetuity. That's a lot of capital given that the typical motion picture can generate in excess of 250 TBs of digital files.

On top of this you have to add the bandwidth consumption charges that come with shooting video in locations around the world, having pre- and post-production work such a special effects, color correction and editing done by a divergent set of freelancers who are spread all across the world. And, oh yeah, you have to secure these connections but only for the life of the film. Cha-ching, cha-ching.

In such a bursty, elastic business you would think a bursty and elastic approach to procuring IT would help. And it turns out it does.

Attend LLC is one of the many cloud service providers who are assisting this market. They have a video ingestion and content collaboration service specifically designed for this market that is contracted in a pay-per-use fashion and resides on the Infrastructure-as-a-Service (IaaS) offerings from CloudSigma. Rather than a studio buying capital equipment to facilitate the next motion picture, they can contract with Attend who brings compression and acceleration technologies along with secure transmission and storage of content during the life of the film. All the setup, collaboration, security and management is handled as a service. Attend partnered with CloudSigma because they needed an IaaS provider who could deliver a high-performance platform (CloudSigma's IaaS uses high-performance compute and storage fronted by solid-state disks all connected over a full 10GbE network) and could scale to the needs of a motion picture production fast. "They let us spin up a 100TB instance for a client in less than 24 hours," said Attend CTO Afsheen Bigdeli.

After working with NBC Sports on the Winter Olympics in 2010, Microsoft realized that if they were going to partner again for broadcasting London 2012 (outside the US — Google locked up the US rights) they needed to get the economics right as well so they are moving everything to its cloud platform Windows Azure. This week at NAB 2012, the Redmond, Washington, cloud provider announced its Windows Azure Media Services, a full suite of video pre- and post-production services that all reside on its pay-per-use cloud platform and can be built upon by the greater media & entertainment software and services community. This suite of foundational tools is specifically geared toward the media market and provides core capabilities for transcoding, encrypting, storing, streaming and commercializing content. And it's already signed on marquis industry partners including Aspera, Movideo and Dolby.

Windows Azure Media Services carry the same pay-per-use model as Azure itself so that video producers of all sizes and frequencies can take advantage of the platform — democratizing video production if you will. Even traditional enterprises can now leverage these same tools on a pay-per-use basis for training, executive addresses and other purposes.

While anyone doing video will still need the cameras, professional lighting and people with the many other skills that go into quality video production, the capitalization of IT assets in support of these actions can now be shifted to flexible operating expenses that stop when the production ends and flex with the popularity waves of the content in distribution.

Are you leveraging the cloud in unique ways to transform your business model or cost model? Share your experiences in the Forrester Collaboration Community or by joining a Forrester Leadership Board. The more we share best practices and experiences the faster we can all learn how to best leverage the cloud.