Yesterday the Kenyan president broke ground on a new smart city development outside of Nairobi. The site of the new Konza Techno City is located in Eastern Kenya, 60 km from Nairobi on the Nairobi-Mombasa Road. It is 50 km from Jomo Kenyatta International airport and 500km from Mombasa and its ports. The greenfield site, purchased by the Ministry of Information and Communication and to be managed by the Konza Technopolis Development Authority, extends over 5,000 acres. 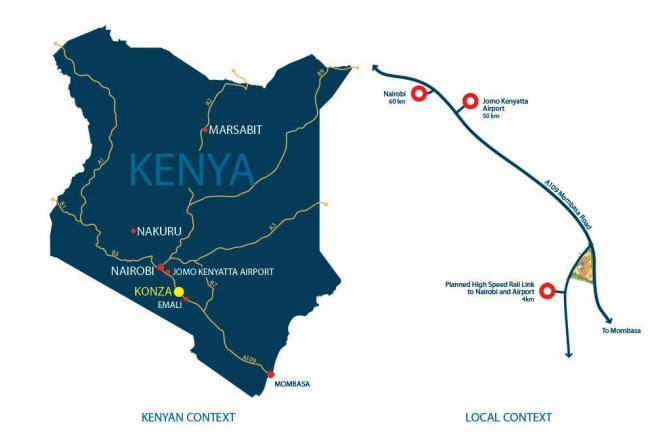 The primary goal of the new city is to develop the Kenyan Business Process Outsourcing and Information Technology Enabled Services (BPO/ITES) industry – with estimated creation of 200,000 new jobs across the broad technology and related sectors over a 20-year period. But the primary objective is to create at least 82,000 jobs in the BPO sector as this is a key area for Kenya's Vision 2030. The new city will also house a university, recreation and entertainment venues, a film and media center, a financial district, as well as residential neighborhoods and the supporting infrastructure.

I’m typically not a big fan of greenfield cities. As noted in my May 2011 report, “Smart City Leaders Need Better Governance Tools,” many greenfield cities have been more smoke than fire, with promises unfulfilled. Lavasa, between Mumbai and Pune in India, delayed construction due to land acquisition protests; Masdar in Abu Dhabi also faced setbacks, with leadership resignations and construction delays as well as unrealistic expectations of a zero carbon footprint. And PlanIT Valley, an “urban laboratory” in Portugal, was (and likely still is) years behind in breaking ground on the first of its 25 phases of development. These projects are neither smart, nor even real cities.

Yet, I remain optimistic about the prospects of a technopolis in Kenya. Now that the undersea cables have landed and terrestrial networks are building out, telecom costs are falling, international call traffic is growing, and Internet connectivity is spreading. That combination has the potential to make many cites in Africa smarter. And, Kenya is poised to take advantage of the opportunity with a growing startup scene and a track record of local tech innovation such as mobile finance and applications targeted to local needs (SMS-based information for farmers and study tools for students). In a 2012 Forrester report on ICT and cloud in Africa, a colleague and I named Kenya as a top market, with the second highest CAGR of 12.3% for 2010 to 2015 just behind the 15.3% CAGR for South Africa. The Kenyan eGovernment cloud deployment illustrated “smart” investment in Kenya. Connectivity and innovation are certainly building blocks for smart cities.

So has the time come for smart cities in Africa? Personally, I think it has. I look forward to visiting Silicon Savannah.