Skip to content
< Blogs
Home > Featured Blogs > ONE SMALL STEP FOR CREDIT AGRICOLE, ONE GIANT LEAP FOR THE DATA ECONOMY 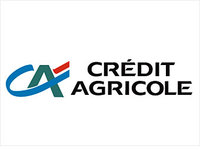 Banks have a reputation for being stodgy and conservative. But Credit Agricole (CA) has broken the stereotype. I had a great discussion a few weeks ago with Bernard Larrivière, Director of Innovation, and Emmanuel Methivier, the CA Store Manager, about the CA Store launched last fall. The store houses new services developed by third-party developers using the bank’s secure customer data — one small step for CA, one giant step for the banking industry and the data economy.

The CA Store was not only inspired by the Apple Store model but also by government open data initiatives. The public sector provided the model of exposing APIs to internal data and working with independent developers to encourage application creation. However, in a move that will likely be carefully watched by their public sector brethren, CA recognized the need for a better business model to incent developers to use the data, and to sustain the development and maintenance of the applications.

We know that many of the applications developed during municipally sponsored hackathons or more formal application challenges do not survive as the initial excitement wanes. Stumble Home, created during the first Apps for Democracy contest in Washington DC, helped late night revelers find safe routes home. Unfortunately, partygoers are now on their own getting home in DC. The model wasn’t sustainable. When launching its open data initiative, Credit Agricole knew that they not only had to expose their data but they also had to deliver a solution that generated revenue for the application developers.

But first, taking a step backward, the team at Credit Agricole also knew it needed to ensure the security of their customers’ data and, as important for the bank, to ensure that the developers did not use their knowledge of the customers to do business directly. The bank needed to develop a relationship directly with the developers – not only to enable the application development but also to provide a source of revenue — that is, the incentive for the developers to continue to develop and maintain applications and comply with the rules. Those requirements gave rise to a cooperative of small French app development companies, dubbed the DigiCulteurs (or DigiFarmers).

With the secure data available, CA provides APIs for access to account activity, money transfer, and connection with a financial advisory — all called web services. Their next step is to link the bank's data with other sources in order to enrich potential services. Which services? That’s up to the developers or the customers to decide. The CA team doesn’t see itself as the creators of the services but rather providers of the platform. And, that platform has already met with success. The CA Store, which launched in October 2012, had over 100,000 site visits per month in the first three months; 18 mobile apps have been created with more to come.

As for the business model, Credit Agricole does charge customers — but not for the applications used. They charge for the service of securing the data, only €0.79 per month and only when an application is used. Customers can then use as many applications as they like in a given month once the data security service is charged. CA then passes the majority of the fee (minus a small share for the bank) on to the cooperative, which distributes total revenues among the developers based on the use of their individual applications. The cooperative currently includes 20 members, with another 30 currently evaluating the program and building applications.

Why the program? Because CA rightly recognized that if they didn’t others would. New sites already offer these types of financial services such as personal finance management — Mint.com and Linxo.com — and savings applications — SmartyPig. CA wanted customers to come to them for these services so the bank let developers build applications directly for the bank's customers, with the bank’s guarantee of security. And, for the developers, not only did the bank open the data but they also provided a (proven) business model for the program.

What about the customers? The feedback has been positive. Customers trust that their data is secure, and they are now more concerned about using other independent applications. 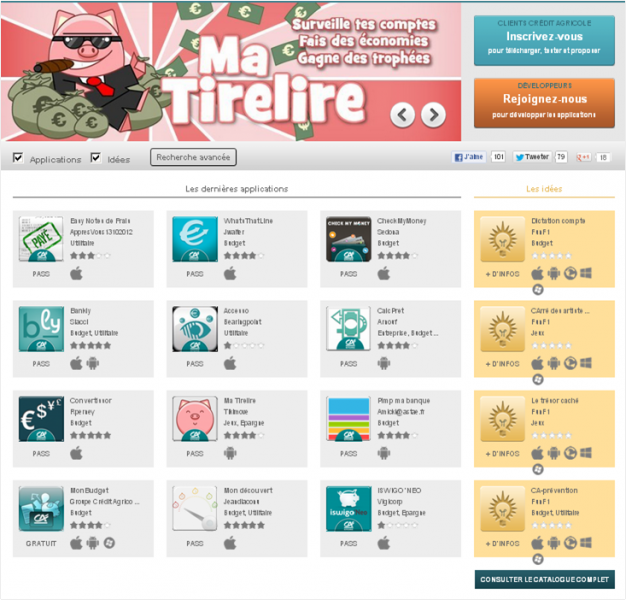