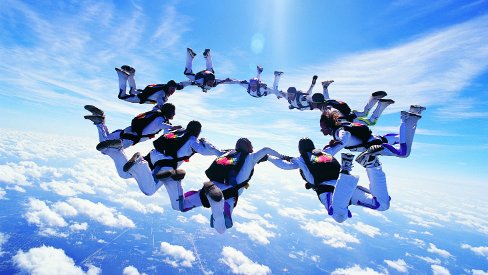 Prior to its annual Sapphire event next week, SAP today announced the new SAP HANA Enterprise Cloud. As I have followed SAP’s platform and cloud strategy for years and covered platform-as-a-service (PaaS) in general for Forrester since the beginning, I’d like to quickly share my point of view:

Vishal pointed out today that some of the largest SAP customers run SAP systems on their premises that, with a single tenant, are far bigger than many of the native SaaS apps – with all of their tenants. All SAP products are available on Amazon’s AWS; however, many SAP customers use it just for dev, test, and disaster recovery. SAP’s message is based on the trust relationship it has by combining an ISV and managed service provider in one company. Amazon won’t care about any of the issues that customers might have with larger HANA systems on their general-purpose hardware. So, we are talking about a trust relationship between customers and SAP, which is more similar to salesforce.com than to Amazon.

The Hana Cloud is a very careful move to a new business model. It is not disruptive and will NOT accelerate Hana usage to the many more customers who have been struggling with Hana on-premises because of its licensing.

The announced Hana Enterprise Cloud follows the “Bring Your Own License” paradigm. While this is great for customers that already have a Hana license and would like to relocate it into the cloud, it is useless for customers that might have largely fluctuating data volumes or user numbers and might specifically use a cloud because of its elastic business model.

SAP should have seen the problems that, for example, Tibco had with its Tibco Silver cloud offering based on a similar license policy. SAP could really disrupt the enterprise market — not only with the Hana technology but also with a disruptive cloud business model.

It’s open for any SAP application

Customers could run “any” SAP application on the HANA cloud and connect it to the Hana database. This offers great freedom to customers and follows the very traditional customers and mindset of managed services.

Hana Cloud is not SaaS

Customers could run “any” SAP application on the Hana cloud and connect it to the Hana database. Oops; doesn’t this sound rather like an infrastructure-as-a-service (IaaS) offering? Yes, actually it is closer to IaaS or (better) PaaS than to SaaS. Bringing your own licenses and application versions literally destroys the economy of scale for the provider at a higher level. To turn the Business Suite on the Hana Cloud into a SaaS offering, SAP should only support a single version, based on a modern SaaS license model, in its new cloud.

Since Hana became available, I have talked to many service providers and CIOs who wanted to operate Hana in a shared way for many customers, tenants, or business divisions. Unfortunately, until today, Hana was basically bound to physical hardware. Virtualization concepts or shared resource pools of memory did not really work. SAP seems to have addressed this with an advanced management layer on top of the existing Hana software stack – otherwise, its own operation would not be possible at a reasonable margin.

Although it’s good to have advanced management capabilities for large Hana environments, the mainstream large-scale cloud providers are evaluating or already following OpenStack. For example, Oracle acquired cloud management expert Nimbula so that it could build its future public and private cloud offerings on the open-source-based OpenStack. SAP is restricting its ecosystem to the certified hardware vendors and is trying to deliver the full software stack on bare metal on its own this time – this should give some cause for concern.

A strategy for hosting providers was not announced

A major share of SAP Business Suite installations are hosted by hosting providers, partly already with an opex-driven cloud-style dynamic business model. Forrester assumes that SAP will productize its Hana management stack and share this IP as a blueprint with its large SAP hosting partners. Vishal indicated in a conversation with analysts earlier today that SAP is also considering a managed service offering for on-premises installations. This would be similar to what Rackspace and others offer with their OpenStack private cloud service. SAP needs to turn this into partner channel value before the mainstream partners get frustrated – it needs to learn from Microsoft’s Azure market strategy failure.

Running your data warehouse or simply the SAP Business Suite brings mainly high-performance acceleration and enables, in many cases, real-time computing of complex business logic, which has been restricted to the batch level until now.

However, some of the most exciting new applications are actually coming form new ISVs – some of them totally unrelated to SAP’s Business Suite. The more ISVs that SAP can attract to the Hana Enterprise Cloud, the more that SAP will become visible as a new platform vendor. Until now, the market perception of Hana has largely been restricted to that of an enabling technology stack underneath SAP business applications – similar to NetWeaver on premises. Maybe the Hana Enterprise Cloud could change this.

If customers run SAP middleware and SAP business applications in the Hana cloud, they will very likely also keep some apps and (NetWeaver) middleware on premise. SAP has the potential to offer prepackaged integration based on its iFlow technology.

Hopefully, this will be announced next week at Sapphire – and this weakness could easily turn into another strength. Clients can read more about Forrester’s research on hybrid integration here.

The SAP Hana Enterprise Cloud is version 2 of the initial Hana in-memory database, but the cloud offering based on “Bring Your Own License” is more version 0.1 of a cloud business model.