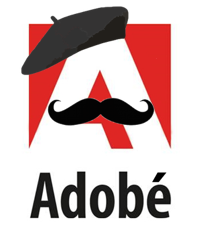 Adobe's announcement that the company will acquire Neolane comes nearly on the heels of Salesforce's acquisition of ExactTarget. Even at $600 million, the deal size won't draw attention like Benioff's blockbuster, but it shouldn't be downplayed. Adobe's reach across the marketing technology landscape — and campaign management's central position within it — means it will have an outsized effect on marketers. On it's face, the acquisition:

Yet, Adobe's move portends of bigger consequences for the vendor landscape. While Adobe frames the deal as strengthening the overall ecosystem of its own products and its alliances, this step into messaging will reshape the industry more than any other acquisition in recent memory. Why? Beyond focusing on sales, if Adobe continues Neolane's investments in technology, it can:

But it's not all strawberries and cream. Unfortunately, Neolane will operate as a sixth division of the marketing services, separate from Target, Experience Manager, Media Optimizer, etc. And this move is troubling because:

As for the overall marketing technology space, the next big surprise will come from the ad tech world. Adobe's ability to extract revenue from data and analytics, and it's now even longer reach into marketing means that the deal will awaken others that similarly want to capture revenue from marketing data. Although Google, Facebook, and much of the ad tech world have to date barely acknowledged the enterprise stack players' (IBM, Oracle, Teradata, etc.) moves into the marketing department, expect Adobe's move to initiate a new wave of consolidation and competition in the future.

Make CX a business hero in 2022. Discover five factors that pave the way to success this year.

Natalie Schibell September 15, 2022
An exploration of two possible scenarios for the use of patient data in an Amazon-One Medical paradigm.
Read More
Blog