In our new report, Michael O'Grady and I outline our latest update of the tablet forecast. While in previous years we focused on the North American consumer market, this year’s report expands the analysis to include our viewpoint on the global market for both consumers and businesses. 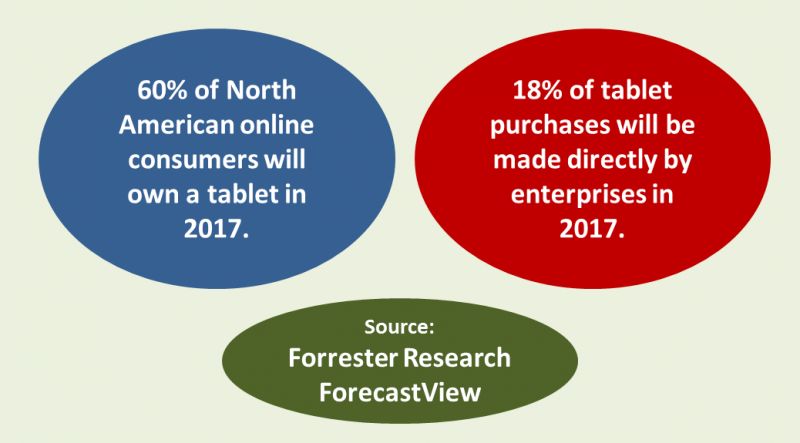 Fundamentally, as we have been writing about for some time, we believe tablet sales and penetration will continue to grow rapidly. In developed markets, they will streak past “mass market” status to become what we term “mainstay” devices – a third form factor carried by most online consumers. Our forecast indicates that tablets have hit hyper-growth. By 2017, we find that:

Tablets, we find, will play an increasingly critical role at work. Both company-issued and bring-your-own (BYO) tablets will become pervasive in workplaces in developed countries or dynamic regions of developing countries (for example, urban China). In the next few years:

These and other collaborative computing scenarios will drive the dynamism of the tablet market in future years.

We invite Forrester clients to please read the report in its entirety.

The Hyperscaler/GSI Relationship Has Forever Changed — Here’s How

Bill Martorelli June 16, 2022
By virtue of ever-increasing spending by enterprise customers, the cloud hyperscalers have been elevated to strategic partners of the first rank. This has forced many changes for enterprises and their global systems integrator (GSI) partners. Hyperscalers not only have earned a seat at the table but have gained significant influence on the behavior of their […]
Read More
Blog

Naveen Chhabra June 13, 2022
Elucidate Subscription-Based Hardware Offerings Public cloud innovations influence your technology decisions in many ways. Cloud pricing is shaping the pricing for on-premises data center infrastructure. I receive many client calls around evolving subscription-based hardware, and those discussions reveal their confusions. As you aim to make an optimal decision for your business, let’s develop an understanding […]
Read More