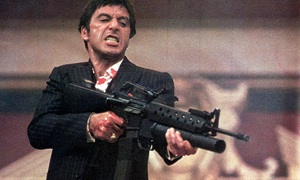 Over the summer, we were all treated to an abundance of headlines proclaiming that Adobe, Oracle, and Salesforce were engaging in a marketing cloud war. Yet the relevant acquisitions — Neolane, Eloqua, and ExactTarget, respectively — only engaged in border skirmishes, since each focused on the distinct, yet adjacent, markets of campaign management, B2B marketing automation, and email marketing. Indeed, each of the strategic acquirers either already had partnership agreements in place or agreed to partner on the heels of the acquisitions.

What a difference a half-year makes. On Tuesday, Adobe fired a salvo in the opening battle. As I explain in "QuickTake: New Pricing From Adobe Campaign Will Disrupt Email Marketing" (subscription required), Adobe’s introduction of a flat-rate, profile-based email pricing takes aim squarely at its messaging partners. As of January 1, 2014, Adobe Campaign (née Neolane Campaign) users can contract with Adobe to send unlimited email through the tool.

Email CPMs have declined annually for many years now. Adobe’s move essentially anticipates the endgame and seeks to transfer email spend into campaign management. But appealing pricing aside, Campaign will need to lean heavily on Adobe’s structural advantages — market penetration, preferred vendor status, and a large sales force — to help drive the shift. Adobe is not known as an email provider, and multiyear email contracts will afford traditional ESPs time to respond, which will likely come from pokes at scalability, email quality, and services. Campaign is, despite strong ease of use, an advanced campaign management application, and it will require capabilities that may exceed those of email shops that depend on a heavy dose of services from their ESPs.

Regardless of the long-term outcome, kudos to Adobe for playing the role of a disruptor. Leaving email money on the table will help marketers move to cross-channel, real-time orchestration, and ultimately customer obsession.

Wind the clock forward a year or two and suppose Adobe is successful at taking a chunk of the email market. Its success then isn’t so much at becoming an ESP, but at shifting what marketers actually value: from today’s focus on messaging to profiles and analytics. Unlimited email initially sounds like a dangerous outcome for already overwhelmed consumers, so marketers will need to use Campaign’s segmentation and analytics capabilities to send more relevant, not just more, email. And while Adobe’s announcement primarily focuses on email, similar pricing is available for other owned media, such as web campaigns and push notifications. Without volume limitations on specific channels, marketers will more rapidly adopt cross-channel strategies. Rather than duking it out over channel-specific budgets, they will ultimately even out volumes as they optimize the media mix across channels.

Any media provider that prices on CPM today needs to pay attention to Adobe. The company is less focused on short-term revenue and more on long-term share of the marketing budget. By redirecting email to cross-channel, it seeks to elevate the technology buying decision from the channel. By providing simple pricing on all owned media channels, it seeks to push the value from the message to the store of customer profiles. And with an acquisition or two in big data infrastructure and analytics, the firm will eventually seek to extend those profiles across all media, paid and earned as well.

So what happens now that Adobe has issued a big Follow Us to the marketing tech industry? A few thoughts for players in different categories:

Today it’s email, but none of us should dismiss the importance of moving from campaigns and customer databases toward interactions and profile stores. As in any disruption story, the old ways won’t disappear immediately or entirely, but the budgets will shift slowly, then quickly to the new, making it difficult to predict which companies and what capabilities will matter in the end. It’s a very strange time in marketing.

Kate Leggett December 22, 2022
Enterprises are rapidly adopting industry-specific CRM. They are leaning into the promises to speed transitions to the cloud, to modernize the front office, and to enable enterprises to focus talent on creating brand differentiation. According to data and analytics decision-makers at enterprises from Forrester’s Data And Analytics Survey, 2022, the business priorities most frequently identified […]
Read More