A number of us from Forrester offices inside and outside of China converged on Shanghai for a few days last week for our annual Marketing & Strategy event. The trip proved to be especially timely given the extensive media focus on China’s eCommerce market with the recent news on Alibaba's US IPO.

My agenda was largely packed into three days:

Day 1: Visit To Alibaba Headquarters. We spent our first day in Hangzhou, a city a couple of hours outside of Shanghai, meeting with Alibaba at their new campus. The campus includes a number of buildings spread across a wide area – our meetings were with team that oversees Tmall’s international business development. Tmall, Alibaba’s B2C marketplace for brands, is best known in the US and Europe as a popular channel for brands entering or expanding their online offerings in China – it also received wide coverage for its staggering figures on Singles’ Day when the site generated $5.7 billion in sales together with C2C site Taobao this past year. We talked through a variety of issues with the Tmall team, ranging from best practices on Tmall to conversion rates by category. They also outlined some of the interesting online-to-offline (“O2O”) initiatives such as that offered by Haagen-Dazs: The ice cream company is reported to have generated over 2 million RMB (roughly $325,000) per month through their buy-on-Tmall, pick-up-in-store initiative. There is much conversation about whether Alibaba can retain a strong market position and grow in light of evolving competition – the eCommerce market in China is currently expanding at such a rapid pace, however, that revenues at leading players still have room to grow even as new entrants arrive and competitors hone their offerings. 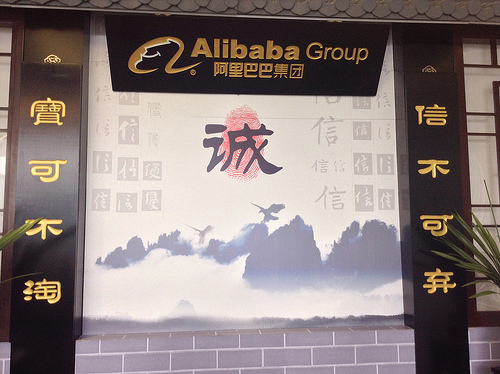 Day 2: Forrester's Summit For Marketing & Strategy Professionals: China. Wednesday was our Forrester event – this year’s theme was customer experience. Our country manager in China, Bryan Wang, opened the event; Harley Manning presented on the six disciplines of customer experience and unveiled the Chinese-language version of Outside In. My afternoon keynote was on creating customer-centric eBusiness experiences in China. We also had some great external speakers from Volkswagen China, InterContinental Hotels Group and Tencent. Many of my hallway conversations at the event revolved around what eCommerce in China would look like in a few years – for example, the role that direct-to-consumer websites would play as compared to marketplace offerings or how mobile commerce would evolve as compared to the US and Europe. There was a sense that the despite the massive size of the online retail market in China today, the dynamics are still shifting. The widely held consensus among those I spoke with is that the WeChat eCommerce initiative is indeed a game changer and that this confluence of mobile, social and commerce will be a key driver of certain purchases online. 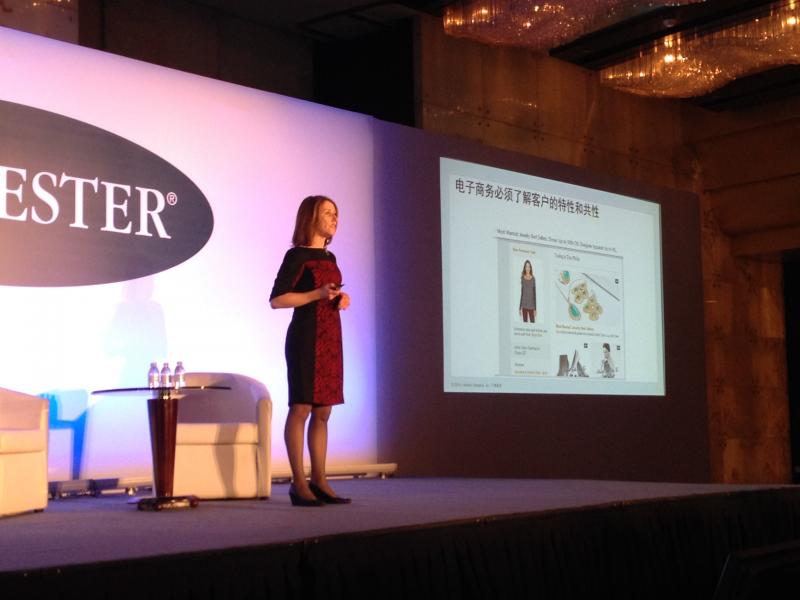 Day 3: Meetings With Agencies, Retailers and Vendors. Our third day was spent racing between different meetings in Shanghai – our team split up given the sheer number of meetings and reconvened at various times throughout the day.  We got a variety of perspectives on what tactics resonate with Chinese shoppers, and we heard from a local eCommerce solution provider on some of the trends they saw among global brands building an online presence in China. A few people mentioned that omnichannel offerings are evolving quite differently in China given than so few large traditional retailers play a significant role in the eCommerce market today – we also heard that the digitization of the store is happening, although retailers are still at any early stage. Some retailers are moving toward tablet- or smartphone-enabling their sales associates to provide a better customer experience, but deployment of other in-store technologies such as beacons remains extremely nascent. 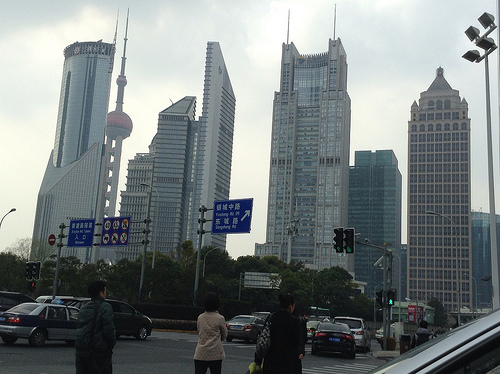 Our team of analysts covering eCommerce in China is growing – we recently welcomed Vanessa Zeng to our Beijing office who will be expanding our coverage of the market. We welcome questions from clients about the opportunity in China!