The two most noteworthy recent events in China are obviously the APEC Summit and the Singles’ Day shopping festival. Since its creation five years ago, Singles’ Day has become the online shopping feast that almost every Chinese consumer expects.

The shopping event was created by Alibaba in 2009 as a promotion to drive sales on Tmall and Taobao on the November 11 Singles’ Day holiday. Alibaba uses the event to reward consumers and reinforce its eCommerce influence in the Chinese market. Now the most influential eCommerce event in China, Singles’ Day is no longer Alibaba’s monopoly — almost all e-tailers and even offline retailers are getting involved.

Compared with past years, the Singles’ Day 2014 campaign has several new features: 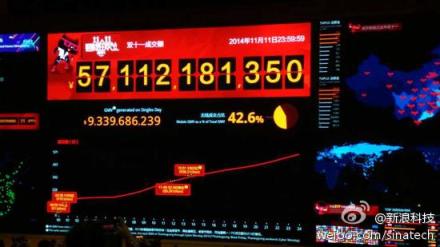 The rapid growth of online retail sales is fundamentally changing China’s retail industry. Online retail has become the main driver of increasing consumption expenditures rather than a complementary channel — meaning that eCommerce is now driving the digital transformation of traditional retailers.

While the Singles’ Day shopping festival helps retailers achieve outstanding sales volume increases in a short period of time, they should instead think about the long term — how to increase margins and create loyal customers that generate lasting value rather than a temporary bump in the number of orders or one-time customers. Retailers should collect and manage the new customer information that these promotional activities generate and develop ways to obtain ongoing value from these new customers. Finally, the fact that China’s top eCommerce players all launched globalization strategies for Singles’ Day 2014 to test new business models indicates that retailers inside and outside of China will have opportunities to leverage these players’ platforms to increase brand awareness, enter new markets and gain access to new customers.

To learn more about trends in China’s retail market, please stay tuned for my “China’s Retail Market Landscape In 2014” report, which is coming soon.

Nikhil Lai 1 hour ago
The question I’m asked most often is “Is retail media overhyped, or is it the next big thing?” This question comes, in part, from media coverage and forecasts, including Forrester’s, that project a significant share of ad spend — nearly $100 billion, according to Boston Consulting Group — being absorbed by retail media networks (RMNs) […]
Read More
Blog

Zhi Ying Barry 20 hours ago
There’s something about entering a new year. Unbridled optimism, renewed hopes, and general positivity about having a fresh start are typical emotions. But 2023 is not like any other year. The pandemic-fueled growth that many firms experienced in 2022 appears to have come to a halt as organizations enter 2023 facing the prospect of an […]
Read More