Skip to content
< Blogs
Home > Featured Blogs > Just When We Thought Santa Forgot To Put CISOs On His “Nice List,” Along Comes The Sony Breach
Security pros got the Target breach for Christmas last year. The breach hit the retailer during its busiest time of the year and cost them millions in lost business. For security pros desperate for more budget and business prioritization, you couldn’t have asked for a more perfect present – it’s as is if Santa himself came down the chimney and placed a beautifully wrapped gift box topped with a bow right under your own tree. This year it looked as if all we were getting was a lump of coal – but then Sony swooped in to save us like a Grinch realizing the true meaning of Christmas. 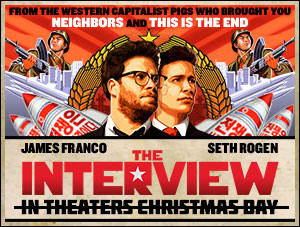 The Sony Picture Entertainment (SPE) breach is still unfolding, but what we know so far is that a hacktivist group calling themselves the Guardians of Peace (GoP) attacked Sony in retribution for the production of a movie, “The Interview,” which uses the planned assassination of North Korea’s leader as comedic fodder. The hacktivists supposedly stole 100 TBs of data that they are gleefully leaking bit by bit (imagine Jingle Bells as the soundtrack). The attack itself affected the availability of SPE’s IT infrastructure, forcing the company to halt production on several movies.
We’ll be releasing a more detailed analysis for clients later this afternoon, but at a high level, there are several reasons why this attack is in the news every day, why it will prove to be yet another turning point in the security industry, and why security is so integral to the business technology (BT) agenda:
The Target payment card breach elevated cyberthreats to board-level conversations, the SPE disaster will only amplify the board’s interest in cybersecurity. However, unlike the financially motivated attacks that have made the headlines in recent months and years, the politically and socially motivated nature of this attack is unique. Every firm must now ask themselves how their very business model and their business behavior might undermine their security posture and invite these types of attacks in the future. The Christmas present for security pros is that once again, we head into a new year with security a top issue for the board and a new type of attack that can only be mitigated by business and security leaders working side by side. Security pros must take this gift and run with it. Use it as an opportunity to educate their leaders on cyberthreats to the digital business and customer trust.
Is your firm talking about the SPE breach? Is it already changing your security strategy and your relationship with the business?

Sandy Carielli 6 days ago
At first glance, the web application firewall (WAF) market — populated by long time vendors with robust partner programs, extensive supporting services, and a slew of customer engagement opportunities — may seem like a space that has topped out. However, changes in how organizations develop and deploy applications — more hybrid cloud, more APIs, more […]
Read More
Blog

Joseph Blankenship 7 days ago
Learn how to reduce the three most common types of insider threats in this Security & Risk event preview.
Read More