Microsoft’s event, Windows 10: The Next Chapter, showcased an impressive vision and plan for: 1) transforming Windows, including free upgrades; 2) gaining relevance in mobile; 3) launching a new computing experience with HoloLens; and 4) reinventing group collaboration with Surface Hub. 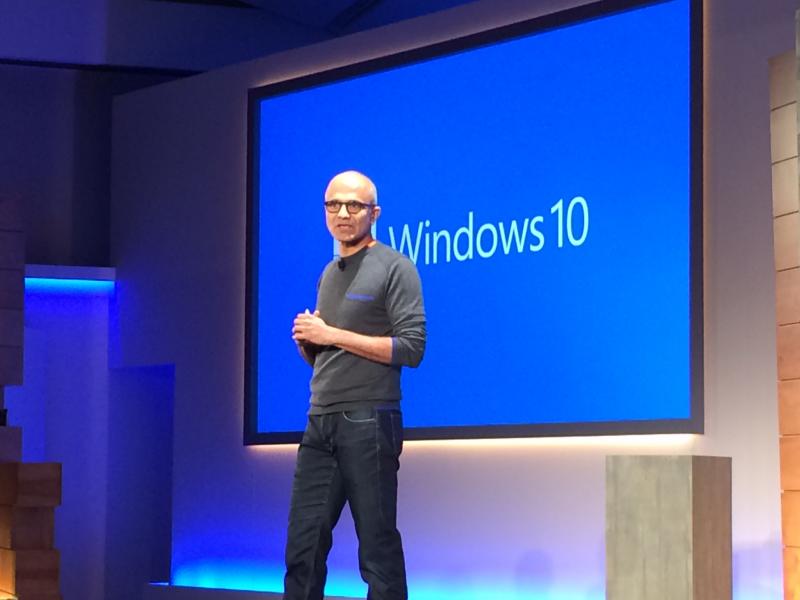 Based on what we saw today and on background conversations, Forrester believes that Microsoft’s Windows 10 will persuade enterprises and consumers to upgrade from Windows 7 (something Windows 8 didn’t do) and be an easy upgrade from Windows 8. Getting the world’s 1.5 billion Windows PCs on this new software platform will re-establish Microsoft’s dominance in personal computing with a mobile extension.

The technology advances in Windows 10 include a single and integrated experience across PCs and tablets with a single platform and app store; continuous software improvements, and big security improvements, and a new set of enterprise features. (Forrester clients can get our enterprise perspective in our new report, ‘Microsoft Gets Its Flagship OS Back On Track With Windows 10.) Windows 10 even brings together Windows and Xbox — giving gamers and game developers access to Xbox experiences on the PC.

The big reveal today was Microsoft’s HoloLens technology, a mixed reality computing experience that enables completely new gaming, entertainment, and productivity use cases. HoloLens offers a new platform and experience for computing on the scale of the original PC and the launch of Apple iPhone. Forrester believes that HoloLens marks a new generation of possibilities for great consumer experiences that CMOs must begin exploring (see my colleague James McQuivey’s blog post) and for skilled workers supported by I&O pros (see my colleague J.P. Gownder’s blog post).

But the jury is out on whether mobile and web developers will be moved to build apps for Windows on smartphones and tablets. HoloLens will certainly spark developer interest – but it’s not a mobile device. So apps for HoloLens won’t have much spillover effect on mobile apps.

Microsoft will reveal more about motivating developers to build mobile and PC apps for Windows 10 at the Build conference in late April. However, at this point Forrester believes that Windows 10 technology and free upgrades will help enterprises embrace Windows tablets, it won’t help  Microsoft gain much more share of the mobile mind shift in smartphones or consumer tablets.

Lost among the drama of HoloLens and details of new Windows features was a compelling new product for transforming group collaboration and customer experiences, the Microsoft Surface Hub. This large display meeting room display is built from an all-in-one PC enhanced with lots of sensors and two powerful video cameras. Based on personal experience, Surface Hub surpasses digital whiteboards with great collaboration features on a giant touch screen — and gives much of the value of telepresence without the cost. It has potential for improving business collaboration among distributed teams and creating richer customer interactions. And it’s a new platform for software developers building group experiences. For our initial take on Surface Hub, see my colleague Philipp Karcher’s blog post, ‘Is Microsoft’s Surface Hub A New Device Category?’.

Final takeaways from event. First, Microsoft showed that Windows is a compelling a platform for PCs and mobile experiences. Second, with HoloLens and Surface Hub,  can still develop new computing experiences. But the PC giant  still has work to do to convince developers that building Windows apps will help them reach consumers in their mobile moments on phones and tablets and not just on PCs.