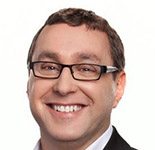 HBO Now. Sling TV. CBS All Access. It seems almost every day we learn about a new deal or a new service that will continue to fragment the way consumers watch the content they love.

It’s also just one of the reasons I’m excited to hear from Comedy Central at this year’s Forum for Marketing Leaders – a brand that is actively traversing the fast-paced changes in the TV industry.

Walter Levitt is CMO at Comedy Central, and will join us on stage on Tuesday to discuss the evolution of the ‘multi-channel, multi-platform brand.’ In advance of his session, he sat down with me to talk about the effect of these changes on the Comedy Central brand.

Q. Comedy Central is rooted in a traditional linear cable channel, but (like many of your peers) is actively pursuing a multi-screen, multi-platform strategy. Do you think of Comedy Central as a TV brand, an entertainment brand, a content brand, or something else?

A. Comedy Central is a comedy brand. For our fans, we are their favorite “go to” whenever they are looking for a laugh. We have a strong 24-year history as a TV network, but over the last few years we've evolved our brand to ensure we are meeting the needs of our fans everywhere – and that obviously extends far beyond the linear TV screen.

Q. In building engagement, loyalty and audience, how do you balance the place of the Comedy Central brand vs. the brands of your individual programs, like the Daily Show or Broad City? How do you allocate investment, for example?

A. We realize that the Comedy Central brand and our franchises and talent live hand-in-hand. So when we go to market, we balance the need to support individual franchises while still ensuring the brand is front and center. The truth is that there is no magic formula; each situation is approached with its own unique strategy in mind.

Q.In the age of DVRs, MCNs and so on, do viewers really care about the network brand?

A. In any cluttered category, brands matter more than ever as they help consumers wade through a sea of choice. That’s very much the case in the entertainment world. Having an affinity for a favorite entertainment brand helps you cut through the myriad of entertainment choices available and gets you right to the stuff you love. That’s always been the role of the brand and it’s now more important than ever.

Q. Many MCNs claim views in the millions and the tens of millions, far outstripping many traditional linear nets. While recognizing that views and viewership are not comparable, how do you think about those models — both in terms of the competitive threat they represent and the viewer behavior that they encourage?

A. We know people love to consume entertainment content and as a brand we embrace that consumption on multiple platforms. Some of our biggest stars first established themselves on digital platforms where they developed a large and loyal fan base, including the stars of hit Comedy Central series like Broad City and Workaholics. Others, like Key & Peele also found immense popularity online with content that initially premiered on the linear screen. While it is difficult to directly compare TV and online metrics since the way viewing is tracked differs by platform, it’s clear that for any entertainment brand to be successful in the future it must embrace consumption with a platform-agnostic approach.

After years of predictions about “cord-cutting”, we now seem to be moving rapidly toward the unbundling of the cable package paradigm that has dominated your industry for decades. What does this mean for Comedy Central?

You'll have to stay tuned for that answer, but the Comedy Central brand is stronger and more relevant than ever and very well positioned for the future.

Stephanie Liu 7 days ago
In the era of data deprecation, many B2C marketing clients are asking me “How can I get more first-party data?” or “How do I get more customers to share data with me?” It’s a valid question and a totally understandable one. A common recommendation (including from Forrester) to contend with the loss of third-party cookies, […]
Read More