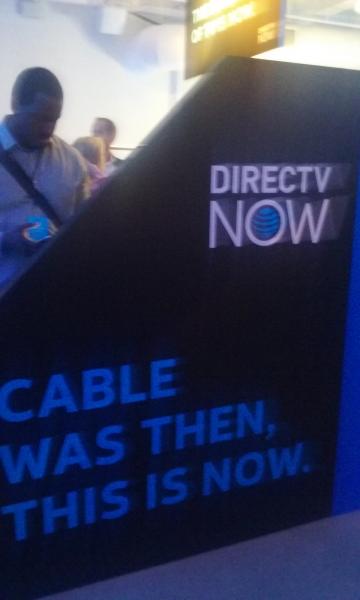 I'm in NY today at the launch of DirectTV Now — AT&T's new video streaming service. The key points are:

My colleague James McQuivey has written how the TV distribution business/MVPD ecosystem will wither as Cord Nevers who grow up with Netflix, et. al, never develop a relationship with a traditional MVPD. But under today's streaming offerings, they'd have no live TV, or they'd have to get a digital antenna and hook it up. So at some point, many of them would likely succumb to an MVPD.

Until now. With AT&T's Direct TV Now service, these cord nevers won't need much more — and presumably AT&T will fill in the few holes as the service grows: the holdouts won't be able to stay out of the package.

In other words, Cord Nevers will become Cord Never-Evers.

And we know what AT&T's new BFF Taylor Swift has to say about getting back together.