2018 brought no calm to the smartphone industry, and Apple’s Q1 2019 earnings are an indication that the trend will continue this year. After years of consistent double-digit growth rates, a slowdown in smartphone sales that started in 2017 continued in 2018. Some reasons behind this include:

The decline in smartphone sales has hit Samsung and Apple the most. By the end of September 2018, Samsung’s mobile revenue had declined by 5.4% year over year and is not expected to improve until 2019. As of September 2018, Apple’s smartphone revenue had increased by 21% year over year, but unit sales increased by just 1% — making an increase in device price, rather than incremental improvements in device shipments, the likely source of Apple’s revenue jump. This doesn’t seem like a sustainable strategy in the long term.

Going forward, we expect more countries to transition from the incremental to the replacement segment. Increasing market saturation, combined with longer smartphone replacement periods, indicates that the era of robust smartphone growth is over. Forrester ForecastView clients can get the details here: “Forrester Analytics: Mobile, Smartphone, And Tablet Forecast, 2018 To 2023 (Global).” 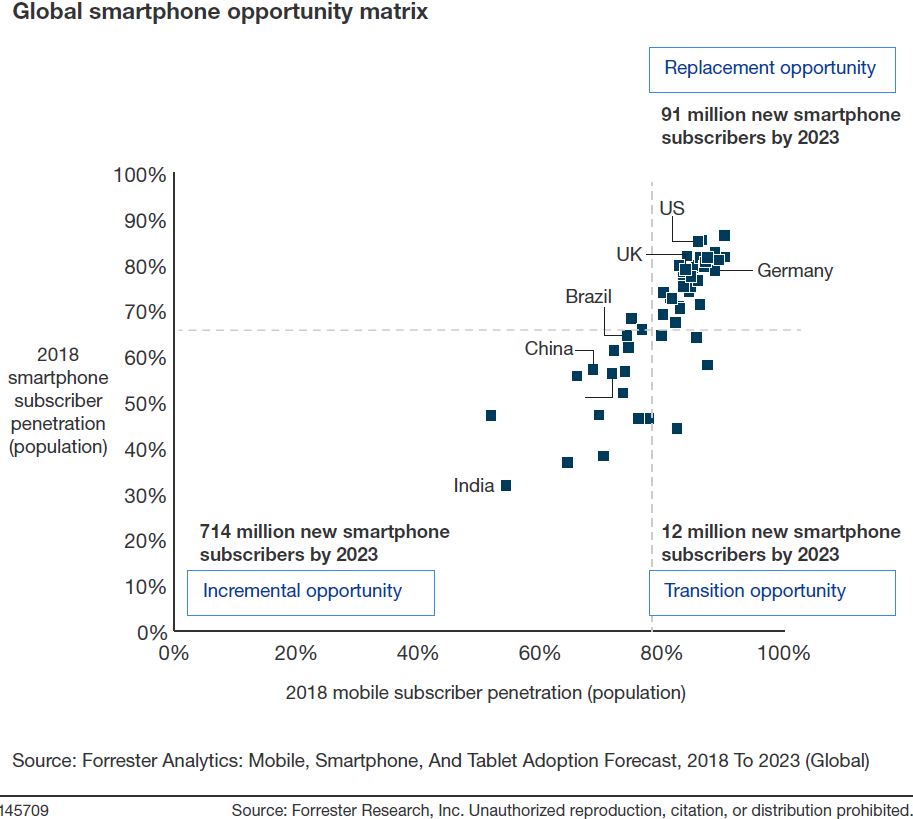