Facebook's steely revenue march is fueled by mobile ads: 62% of Facebook's Q2 2014 advertising revenue came from mobile ads, up from 41% just a year ago. This ad revenue may still just be a paper castle waiting to fall — my colleage Nate Elliott's analysis that Facebook is still failing marketers suggests that. But right now over a billion people around the world — 81% of its entire member base — access Facebook on mobile devices every month, twice as many as did just two years ago (see Figure 1). And they are seeing ads. 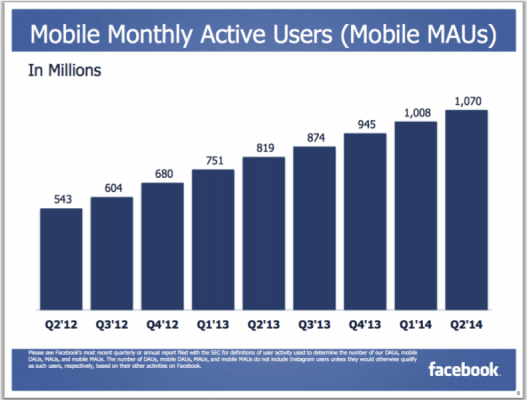 Facebook's financial results are a bellweather indicator of the mobile mind shift. If it's true for the 1.3 billion Facebook members, it will be true for many or most of your customers and employees.

As an aside, Facebook come a long way since 2006 when I met with a young Facebook employee carrying the exalted title "chief revenue officer." The company had $0 revenue at the time. We talked about an ad-support business model back then, but he was worried about ads as their sole model. (I pushed him hard to avoid subscriptions.) Not any longer. Ads, and now mobile ads, are Facebook's destiny. At some point soon, Facebook's future will hinge on whether it can monetize even more mobile moments through ads.

Dario Maisto 5 days ago
Growth Despite Turbulent Surroundings 2022 was a tough year, and economic forecasts show uncertainty about what will happen in 2023. Complex global geopolitical conditions see constant announcements of budget cuts, layoffs, and tech execs’ priorities being reshuffled. Service providers are expecting growth in 2023, however, with a new focus on partnerships, delivering co-innovation, and building […]
Read More
Blog

Ted Schadler 5 days ago
On average, companies spend 28% of their technology budgets on technology services. Those budgets have increased by 13% over the past four years (and, for custom software, by 20%). And we don’t see this trend slowing. This lively and vibrant sector is both a fast follower of enterprise demand and an instigator, supporter, and sometimes creator […]
Read More