I've always loved examples of the crossover between online and offline influence; my 2009 report The Analog Groundswell contains some of my favorite examples of that overlap. Our new London-based Interactive Marketing Research Associate James McDavid is here with the story of how Smirnoff brought social media into the real world — and how it had a bit of fun in the process:

The weekend of November 27th saw the culmination of a multinational marketing campaign by Smirnoff that showed the extent to which a clear, well-executed social media strategy is able to drive engagement with a brand across multiple regions and interactive channels.

Using Facebook pages and Twitter accounts, Smirnoff asked fans and followers in 14 cities (such as London, Rio, Miami and Bangalore) what made the nightlife in their city unique — and then wrapped all the best elements from each city into shipping containers and delivered them to other host cities. Smirnoff posted a steady stream of Facebook status updates asking fans to say which city they’d like to exchange with. The company also made videos showing the shipping containers being filled — as well as videos of the parties to celebrate the crates' departures — and posted them to its YouTube channel. Once the crates arrived, Smirnoff threw the parties in its new locations, with its fans and attendees generating even more content and sharing it online. 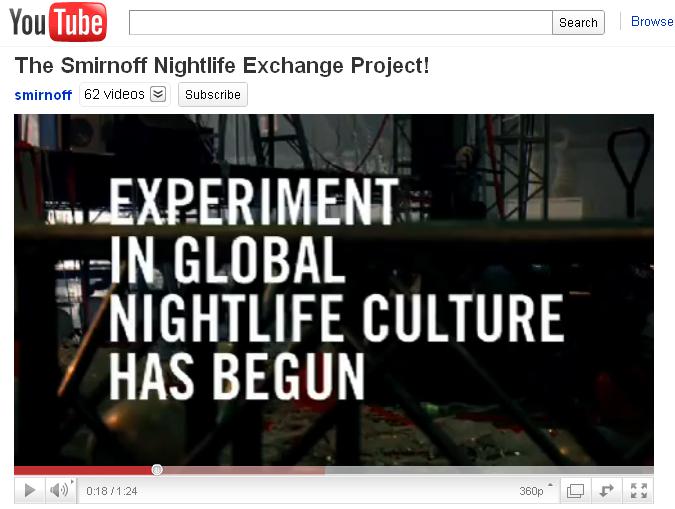 Throughout the buildup to the parties, Smirnoff exhibited a number of best practices in managing multinational social media campaigns. Online content and conversation in local languages reflected the brand's offline advertising such as billboards and TV ads — and the offline ads then directed consumers to connect back online via Facebook. Smirnoff also posted a series of videos created in conjunction with MTV to support the events. By harnessing the combination of paid, owned and earned media generated by the buildup and the events themselves, Smirnoff has been able to show its fans that following the brand on Facebook or Twitter is a means of connecting with like-minded individuals across the globe. Smirnoff has shown that if you can throw a party for your fans and followers, you’re on to a sure-fire way to increase engagement with your brand. Now it just needs to find the right way to  stay in touch with those fans now that the party is over.

Stephanie Liu 2 days ago
The privacy landscape is shifting quickly. It’s a critical time for B2C marketers to get involved in their organizations’ privacy programs.
Read More
Video