Developers, you have to stop treating performance testing as an afterthought. Our Forrester Analytics Global Business Technographics® Developer Survey data shows that over half of developers spend less than an hour a day performance-testing their code. When performance testing is done at the end, just before deployment, you’ll need the precious time of expensive performance engineers to fix issues that would have been easier to address earlier in the process. In addition to increasing your internal costs, failing to address performance issues will put business revenue on the line. Amazon’s Prime Day 2018 glitch, when it couldn’t handle traffic loads, could have cost the giant up to $72 million, and Mobify has determined that every 100-millisecond decrease in home-page load speed contributed to nearly $380,000 in increased annual revenue.1

Build Performance Quality In From The Beginning By Shifting Left

To avoid surprise load or speed performance bugs that force your team to go back and refactor an entire application, encourage developers to keep their minds on performance testing from the first sprint. Make developers stewards of the code they write, and regularly test performance on smaller pieces of code to ensure compiled code performance. By shifting performance testing in your sprints, you will avoid breaking your Agile cadence and continuous delivery rhythm or slowing your continuous delivery journey. In our early research on shift-left performance testing (SLPT), we found that different stakeholders in the organization and in dev teams (e.g., squads, scrum teams, dev test teams, or whatever you call them) will take on new responsibilities (see figure). 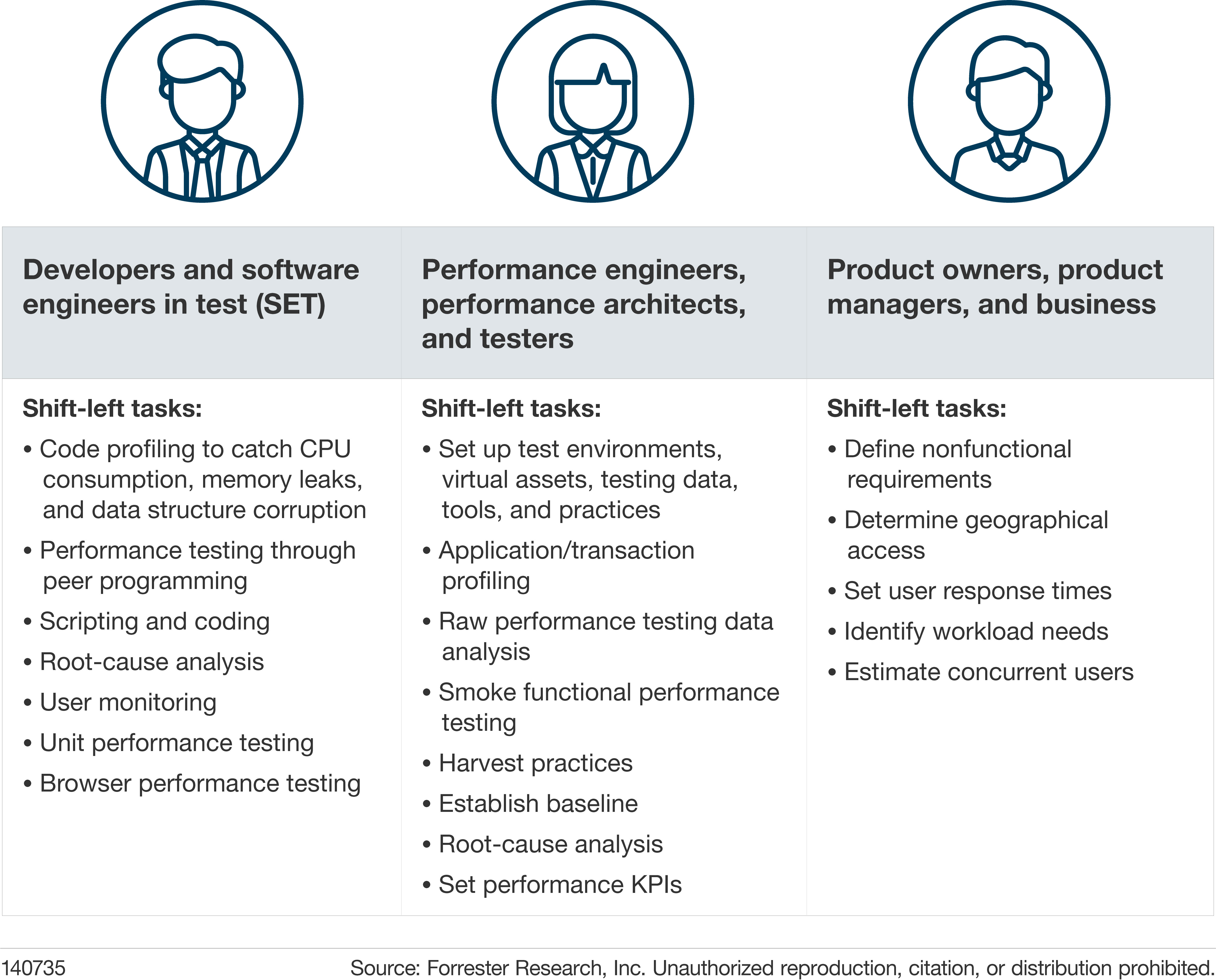 You won’t be able to shift performance testing left in a vacuum. The bulk of your work will be figuring out how to make this shift and what it means for your engineering teams’ organization, along with rewriting the rules of engagement between different groups. Technologies are here to help, and the end result will be more than worth it.