Skip to content
< What It Means
Home > What It Means > The Retailer’s Dilemma — A Brick-And-Mortar Or Brand Problem (Or Both)? 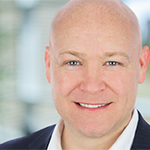 The market signals are rather positive in economies that are fueled by consumer spending. In 2016, retail grew 4% (not too shabby), and consumer confidence is near historic highs. But headlines are filled with less-than-stellar results, store closings, and predictions of a rocky 2017.

In fact, retail square footage in the US is at record highs, and $3 trillion of the $3.4 trillion in retail sales in the US was transacted in the physical store. Digital players like Amazon and Warby Parker are opening stores. The problem is not that there is physical space; it’s that most retailers have unremarkable in-store experiences, misunderstand the strategic role of digital, and fail to compete on the basis of what customers really care about.

The retail game has changed, and aged, old-school strategies are hitting a wall. By 2021, 40% of in-store transactions will be influenced or determined by digital, and instead of seeing the physical space as a liability, retailers need to see it as an untouched frontier to deliver differentiated experiences.

In this episode, Brendan Witcher describes the current and future state of affairs in retail. He also shares a vision for the digital and physical space that aligns to — or catches up to — customers who are digitally savvy and demand experiences and services that are simply unavailable or not envisioned by far too many retailers.

What It Means 6 days ago
Low-Earth-orbit satellites open up a host of new opportunities for businesses. Should your firm be exploring these new solutions? Find out in this episode of What It Means.
Listen Now
Podcast