Brazil has launched a full court press and is using technology to do so in the form of its new e-government portal ‘Portal Brasil’  –  the new official website of Brazil.  And, here‘s the best news: they didn’t forget us here at Forrester.  According to the press release, the site's content is designed to meet the needs of both Brazilian citizens and foreign audiences, including: analysts (yes, analysts!), investors, private sector companies, media, academics, NGOs, students, tourists, and other groups.

And, for us tech industry analysts – according to the Brazil’s Secretariat of Social Communication (SECOM) – Portal Brasil will maintain current information on Brazilian technology initiatives, including:

Not only has Brazil experienced tremendous growth of Internet usage and broadband penetration in recent years, as shown by some pretty impressive stats on users and access in Brazil:

But, as Brazil prepares to host the upcoming FIFA World Cup in 2014 and the Olympic Games of 2016, technology investments take the top spot on the shopping list – for both the public and the private sector.

In an upcoming Forrester Report entitled “Olympic Opportunities in Emerging 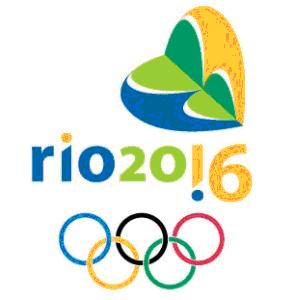 Markets: ‘Smart’ Host Cities Think Outside the Stadium,” I take a look at how the Olympic mandate extends beyond the sporting events and venues to include responsibilities (and investment) for transportation, healthcare, public safety, hospitality, and media – with tech opportunities extending into retail and even meteorology. For cities in emerging markets, these events are a way to catalyze investment and accelerate development plans.  And, in fact, in the course of less than a decade, the Olympic Games venues will include three of the four BRIC countries: Beijing, China in 2008, Sochi, Russia in 2014 and Rio de Janeiro, Brazil in 2016. With Beijing setting the bar very high-tech, other cities continue to innovate.  Local Olympic Organizing Committees are working to make their cities not only better looking for the Games but "smarter" (imagine good looking, athletic and “smart”) with innovative technology solutions.  Local businesses are doing the same.  And, as they do, they need advice on how to design, implement and deploy these “smarter” initiatives.

Tech vendors, are you paying attention?  Take a look at Brazil’s early Olympic plans and stay tuned to the e-Government portal for the official status updates.  Don't forget to offer your services as they elaborate plans, and don't forget that there are others behind them planning their bids for 2018 and 2020.