There’s a lot of debate around which media channels consumers access and how much time they spend on each. Our Technographics® data reveals that young Europeans spend a total of about 40 hours per week on any type of media, and this number then declines with age. The biggest drivers of young consumers’ high levels of media engagement are Internet use and time spent playing games, both of which drop dramatically among older age groups: 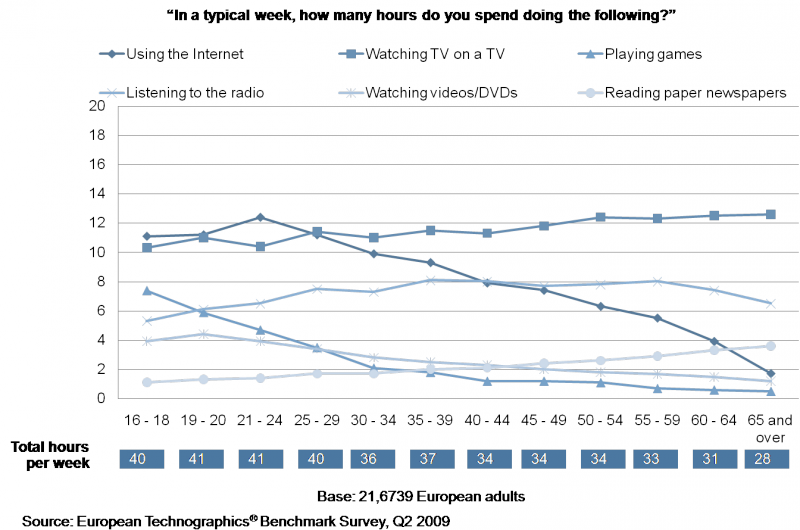 However, these numbers are for the total European population and include countries like Spain and Italy, where Internet uptake is lower both in general and especially among older consumers. When we look at these numbers for the UK Internet population, for example, all age groups spend around 41 hours per week on different media activities. The total time spent doesn’t change much by age group, but the type of media activity does: Older consumers spend more time watching TV and reading newspapers than younger consumers, while the time they spend on the Internet decreases.