A recent report from my colleague Alexander Hesse on 'The State Of Mobile Banking In Europe: 2010' shows that about one in eight European Net users with a mobile phone use mobile banking today — with SMS account alerts being the most common type. Many European banks like Rabobank and Lloyds TSB let customers set up time- and event-triggered text alerts, but currently, only 10% of European online mobile phone users actually use them. 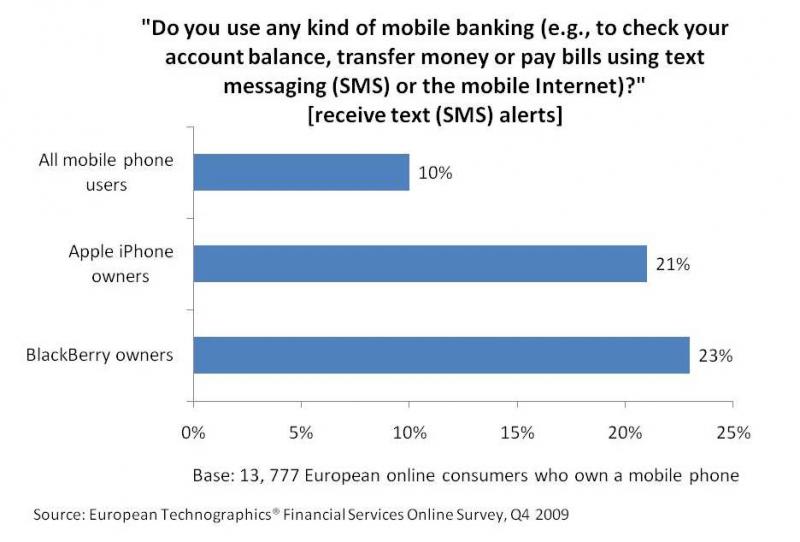 We expect that 39% of European mobile phone users will use the mobile Internet by 2014. Why? Smartphones becoming the norm, more widely available, all-you-can-eat data plans, and more compelling content will drive uptake. Today's iPhone and BlackBerry users are, for example, already nearly three times as likely to use mobile banking as other mobile phone users.

Meng Liu 11 hours ago
The growth of the data economy in China is accelerating. Financial services (FS) firms are actively participating in it, increasingly commercializing their data to create new revenue streams and expand business opportunities. Danny Mu and I have recently published a report, The State Of Data Commercialization In China’s Financial Services Industry, which presented current trends […]
Read More
Blog