Skip to content
< Blogs
Home > Featured Blogs > How I Turned My iPad2 Into A MacBook … Well Almost!

As my regular readers know, I try to provide something thought-provoking for most of my blog posts. But every so often something comes along that makes me go “wow, I really need to share this.” This is one of those times.

Like many analysts here at Forrester, I have an iPad (my own, not the company’s) which I often use for work — especially when travelling (which we do a lot). And like many people, I’ve grown used to the tactile feel of a real keyboard — so every now and then I’d yearn for a real keyboard to use with my iPad. 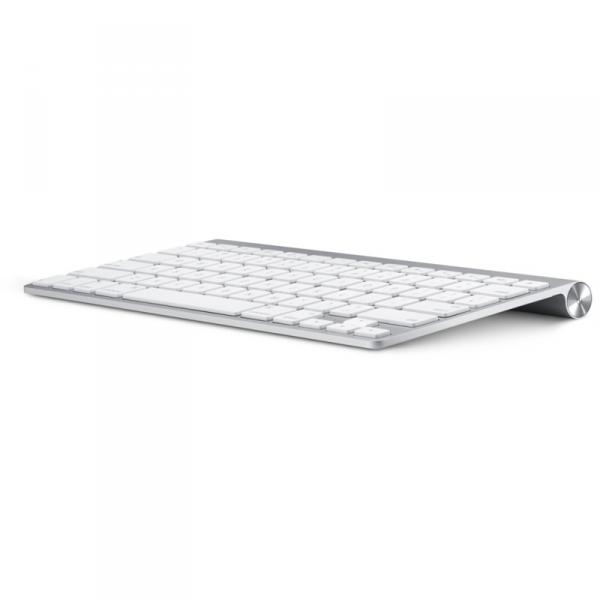 Being an Apple fan, I first bought the Apple Bluetooth keyboard. While this is a good keyboard, it has a couple of major flaws for my use. Firstly, it doesn’t actually hold the iPad, so you have to position your iPad somewhere you can see it while typing. For this reason you can’t easily use it anywhere there isn’t a good flat surface near you on which to stand your iPad. And secondly, it’s not very convenient to travel with as it’s so long — who wants to walk around with a sleek iPad and a huge keyboard? I needed something more compact.

Then while building my Amazon wish list for the holidays I came across a nifty little keyboard that seemed too good to be true. On Amazon it’s called an “Apple iPad 2 Aluminum Bluetooth Keyboard Case Cover Stand” supplied by MiniSuit. I couldn’t resist adding it to my wish list.

Apparently I was good last year because I got what I wanted for Christmas, including the keyboard. Having now road-tested it for over a month, I can honestly say this is one of the best little accessories I’ve ever had in terms of value for money. Here’s what I like about it: 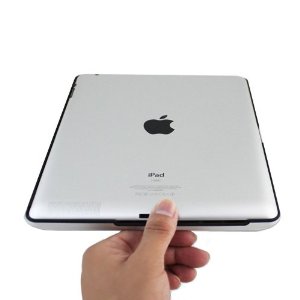 Design: It looks really smart and could have been designed by Apple (I’m assuming it wasn’t) to fit the iPad2. The keyboard doubles as an iPad cover, with the iPad fitting so snuggly into the keyboard when closed that it becomes almost a single piece of shiny aluminum. 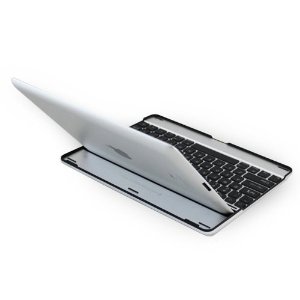 Portability: It’s sleek and lightweight so it’s easy to travel with. The cover protects the screen really well too so I don’t worry about cramming it into my backpack. 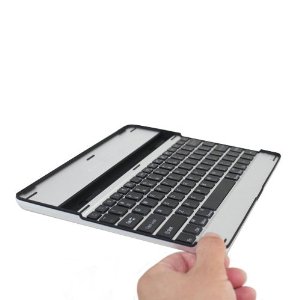 Functionality: Just above the keyboard is a narrow slot designed to hold the iPad for viewing while you’re typing, making it really easy to use no matter where you are. There is a small slide switch on the front to turn it on and off, so it’s easy to switch off when you don’t want to use it. There are dedicated keys to control the iPad’s brightness, toggles screens, iPod functionality and volume which come in handy sometimes. The integrated lithium battery lasts a long time — the supplier rates it as 55 hours. I’ve charged mine once since the holidays and that’s because it seemed like I should — there is a low-battery light, but I’ve yet to see it!

I now use this keyboard/cover all the time — it goes wherever my iPad goes. And because I get so many questions from people about it I wanted to share it with you. While it’s not a MacBook, it has made my iPad much more like an ultra-light and versatile laptop than just a tablet.

So there you go, not thought-provoking but I hope useful nonetheless. (And I bought my wife one too, the drooling was getting messy).