Ten years ago, Forrester published some research with the slightly awkward title of ‘New Payment Systems’ Survival Guide’. One of our findings was that many successful new payment systems have some kind of ‘must-have’ transaction that encourages customers to go through the hassle of learning how to use a new system in the first place. Good examples of ‘must-have’ transactions include eBay’s auctions for PayPal, travel to work for Transport for London’s Oyster, and online shopping for iDeal.

Ever since, I’ve been seeking the ‘must-have’ transaction that will spark consumer adoption of mobile payments in developed economies. But what if there isn’t one? (And, after 10 years, it’s probably time to admit that there isn’t). The answer is to focus relentlessly on both lowering the barriers to mobile payment by making it as easy as possible for customers to use a new system and to increase the benefits by maximizing the number of ways and places customers can use a system. 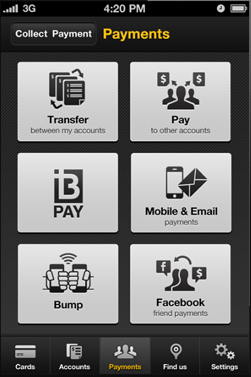 This is what makes Commonwealth Bank of Australia’s Kaching app for both the iPhone and Android such an interesting model. The app lets customers make a wide variety of different payments:

By enabling so many types of payment through a mobile phone, Commonwealth Bank is teaching its customers that if they want to make a payment – in any situation – they should use the Kaching app. In doing so, the bank is successfully encouraging customers to adopt mobile payment without the magic of a single ‘must-have’ transaction.

In the 18 months since launch in October 2011, some 800,000 people have downloaded the Kaching app (compared with the bank's 4.3 million active online banking users). Those customers used Kaching to transfer or pay more than A$1 billion in 11 months from October 2011 to September 2012. Since then, Kaching users have transferred or paid a further A$5.7 billion, for a total of A$6.7 billion in transfers and payments in the first 18 months. For context that’s an impressive A$8,375 (US$8,590) per Kaching user. Some of that, of course, will be transfers between customers’ own accounts. But the point is that Kaching is persuading CommBank’s customers to make a habit of mobile payments, with Kaching customers logging in an average of twice a day. .

The other striking thing is that the bank hasn’t sat on its laurels. Instead, it continues to innovate, adding features like ‘Bump’ payments, developing the Android app and, most recently, developing a Facebook app for Kaching too.

Banks are in pole position to win the race to persuade consumers to adopt mobile payments, both because of their existing trusted payments relationships and because they can use mobile banking as a platform for mobile payments. But many new competitors are entering the race. eBusiness and channel strategy executives at other banks need to help their firms get on track by learning from Commonwealth Bank’s success with Kaching.

Meng Liu 23 hours ago
Accounts receivable (AR), including invoice issuing and payment processing, is one of the core processes in a company’s financial operations. The rising adoption of e-invoices has spurred more firms to acquire AR automation software to support customer demand and respond to digital transformation. My recently published report, The AR Invoice Automation Landscape, Q1 2023, will […]
Read More
Blog

Meng Liu 1 day ago
The growth of the data economy in China is accelerating. Financial services (FS) firms are actively participating in it, increasingly commercializing their data to create new revenue streams and expand business opportunities. Danny Mu and I have recently published a report, The State Of Data Commercialization In China’s Financial Services Industry, which presents current trends […]
Read More