The myth that open source software is exclusively written by and for lonely — rather odd — individual geeks remains remarkably prevalent. And yet it’s a myth that is almost entirely wrong. 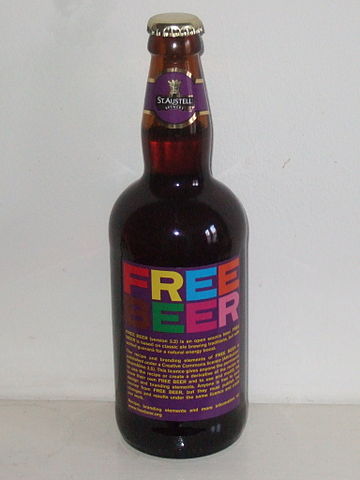 Many of the world’s best-known technology firms make sizeable investments of time and money in open source projects: guiding their strategy, contributing code and expertise, and baking the results deeply into their commercial offerings. Some, like Facebook or Google or IBM, might be names you’d not be too surprised by. Others, like Microsoft or Oracle, are still unfairly associated with an earlier age, in which Linux was branded “a cancer,” and proprietary power ruled.

Red Hat built a $2 billion company on the back of open source software, and the likes of Hortonworks are keen to repeat that feat.

Again and again, we encounter executives who do not grasp how much their organisation already depends on open source. More importantly, they do not see the key role that open source technologies and thinking will play in enabling their efforts to transform into a customer-obsessed business that really can win, serve, and retain customers.

Lauren Nelson and I have just published a report, “Open Source Powers Enterprise Digital Transformation,” in which we explore these arguments in more detail. Our arguments are supported by Forrester survey data, which demonstrates just how much our enterprise respondents already depend upon open source.

How does open source fit into your strategy today, and what role will it play tomorrow?

And now it’s time to stop typing and dive deep into one of the larger open source communities — OpenStack — to learn more about what’s working (and what isn’t) at the community’s Summit here in Austin this week.

Image of an unopened bottle of the open-source 'Free Beer,' by Edward Betts. Licensed under a Creative Commons Attribution Share Alike license, and available from Wikipedia.

Christopher Gilchrist 15 hours ago
Tech Execs, do not be too aggressive with short-term cuts that inevitably will force you to play catch-up in the long run. Instead, be aggressive with repositioning your workforce to expand core business growth and strengthen the durability of your advantage in the market.
Read More
Blog