At the beginning of 2020, as the COVID-19 pandemic started to take hold, GE Healthcare found itself at the center of the crisis. By March of that year, the media narrative had swung toward the shortage of personal protective equipment and other essential medical equipment like ventilators, of which GE Healthcare was a supplier. PR teams were getting dozens of media calls a day. 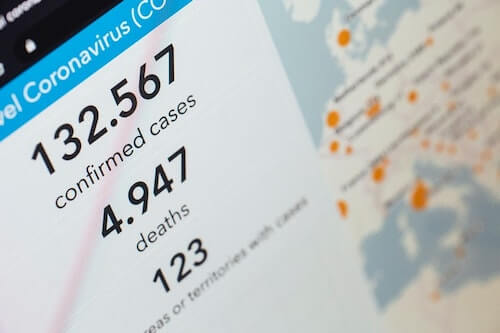 There was a lot of uncertainty and fear. GE Healthcare’s brand and digital marketing team, under the leadership of VP Kristin Fallon, saw all the negative news, yet the stories the company was experiencing first-hand, through their employees as well as their customers on the front lines, were often more hopeful. As global cases surged and the news cycle turned darker, GE built a small, agile team that rapidly mobilized to show a counter-narrative of courage, optimism, and innovation — values authentic to the brand.

As an equipment provider to frontline healthcare workers, the company was uniquely positioned to see and access those stories. Its proposed campaign would produce a series of field videos that would show firsthand how GE and its customers were responding to the crisis, using interviews with employees, healthcare experts, and the entire supply chain, including hospital workers and doctors.

GE Healthcare had never opened itself up to this level of authenticity, and the team knew it wouldn’t be able to script people, but it also knew the videos would be very news driven. The team recognized all of the risks but also saw the reward of having a really important story to tell that they believed people wanted to hear. As Kristin observed, “We decided that if you have access to the news, if you are the news, then why not deliver the news.”

The internal GE Healthcare approval process involved multiple marketing heads, business line leaders, legal, and ultimately the CEO. It was the most complex and fraught aspect of the project, but there was a shared belief that telling the story mattered. After many days of calls, everyone agreed to move forward.

GE Healthcare hired a filmmaker and former military pilot who had extensive broadcast news experience. Leveraging his crisis and global filmmaking experience, he drove across the US to meet in person and virtually with the people who were working around the clock, and around the globe, to address what the company knew would be a historic moment for its industry. The video series took the viewer on a journey: The story started with the production of the technology itself, and over the course of about six weeks, it showed the many steps and people involved in getting equipment into the hands of frontline hospital workers.

Each video was designed to be human-centered, informative, optimistic, purposeful, and candid. In total, GE Healthcare shot 42 videos in 42 days. Very little post-production was applied to the videos: The authenticity and rawness of the videos was intentional, helping to demonstrate the rapidly evolving situation, the challenging environment, and the real people addressing it.

During the campaign, GE Healthcare attracted more than 770,000 views, all organic. The six-week series accounted for 80% of the total GE Healthcare video viewership for the prior 12 months. The videos also attracted more than 31,000 new social media followers — double that of its nearest competitor. Viewers were effusive, providing thousands of comments. Some reached out directly to GE employees and the video reporter to thank them personally. Ninety percent of GE Healthcare employees surveyed expressed increased support and pride in working for GE Healthcare after viewing the videos.

Building compelling storylines is within the reach of most B2B companies, but often requires the organization to be bold and take risks. The stories convey unscripted, individual points of view, and the telling requires journalistic skills and resources that may be scarce. The reward is a set of powerful narratives that greatly appeal to audiences and rise above the noise of most B2B marketing.

To learn more about how GEHC told its story, read the full case study.

Can B2B CMOs Save The Planet Too?

Karen Tran 20 hours ago
Patagonia made headlines recently when founder Yvon Chouinard transferred ownership of the company to its nonprofit, Holdfast Collective, and its trust, Patagonia Purpose Trust, as a commitment to living its purpose to “save our home planet.” A company valued at $3 billion with profits estimated at $100 million annually, Patagonia was built on the principles […]
Read More
Blog

Aurelie L'Hostis September 20, 2022
Banks should address the current, intense cost-of-living pressures as they did the pandemic — with empathy, flexibility, and creativity.
Read More