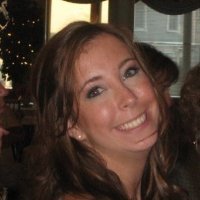 This is a guest post from Rachel Roizen, a researcher serving eBusiness & Channel Strategy professionals.

Gamification, which Forrester defines as the insertion of game dynamics and mechanics into non-game activities to drive a desired behavior, has rightfully been a hot topic of debate in many roles and many industries. We’ve blogged about it here, and written reports on success stories ranging from Club Psych on the USA Network to the use of games in education.

The banking industry has been using some features of gaming for years, such as by offering redeemable points based on credit card purchases, but some remain wary of combining games with finances. Forrester’s view is that game mechanics can be used to draw in new and existing digitally connected customers. Digital teams at financial firms that have begun experimenting with gamification are seeing positive results, including increases to online engagement, online banking use, product sales, and social influence. Here are four leading firms that are betting on gamification and implementing it in innovative ways:

We expect to see a lot more digital banking teams following these leaders and embracing game mechanics over the next couple of years. What are the best examples of games you’ve seen?