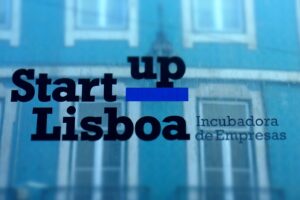 Web Summit took place for the third time in Lisbon earlier in November. Over the years, Web Summit has become one of the leading global conferences to discuss everything technology. The large presence of startups and fast pace of presentations across many different stages give Web Summit a particular edge. It is impossible for a single person to present a comprehensive overview of Web Summit, given its scale and diversity. From my subjective perspective, the key observations during the event were that:

Web Summit remains an amazing event, despite — or because of — a degree of chaos across the conference halls. Web Summit’s “mosaic approach” to conference management is still working: By bringing together a vast range of very diverse topics and speakers, a mosaic picture emerges that portrays the state of affairs of technology in the socioeconomic context. Web Summit is unique in this respect.

People And Automation Work Side By Side In Modern Factories

Paul Miller 11 hours ago
Automation has been an important tool in a manufacturer’s toolbox for centuries. From steam-powered looms to cutting-edge industrial robots, hardware automation arrived first and continues to expand. Over the past decade or so of Industry 4.0, software automation has also grown, with machine learning and artificial intelligence embedded in more and more processes. But my […]
Read More