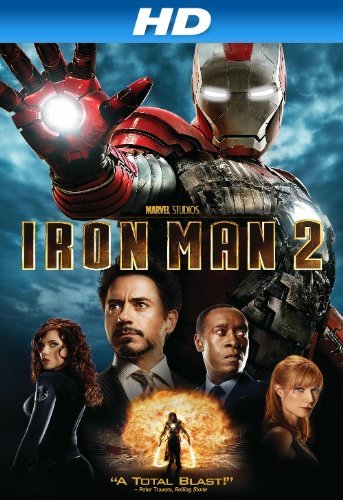 Amazon’s recent distribution agreement with Epix is a big threat to the dominance of Netflix in the movie streaming market.

Last year Netflix attempted to shift its business strategy to focus mainly on streaming video. Although I wasn’t present in the boardroom discussions, it’s a reasonable bet that Reed Hastings and his team had decided the future was online streaming and that physical discs were a dinosaur. Since the war for content would be fought over streaming, Netflix would focus on adding value to its streaming customers and spin off the disc customers. On the surface this seemed to many a reasonable strategy, especially since Netflix reported that its digital streaming customers and the disc-in-the-mail customers were mostly not one and the same. So Netflix execs crunched the numbers and decided this was the right move for them. Perhaps they had hoped to spin off the disc side of the business to raise some capital. Whatever their thinking, their strategy choices left some gaping unanswered questions for observers like me:

In a strategic about-turn Netflix opted to keep its disc and streaming businesses tightly coupled from a customer perspective. But that still left open the question as to how Netflix would be able to compete in a world moving toward streaming video.

Fast-forward 12 months, and with the recent expiry of Netflix’s exclusive distribution agreements we see how vulnerable Netflix is in the streaming media space. Amazon, with its enormously deep pockets by comparison to Netflix, has signed a multi-year non-exclusive streaming agreement with Epix which will make content available to Amazon Prime customers from Paramount, Viacom, MGM and Lionsgate — some of Hollywood’s best known studios. (Epix streams movies like The Avengers, The Hunger Games and Iron Man 2).

While exclusive distribution licenses are a competitive differentiator in the streaming market, the costs of exclusivity can be high. If Netflix can no longer afford the high cost of exclusivity, it loses one of its most significant competitive advantages. Without exclusive content, streaming services are extremely vulnerable to customer attrition. In the physical disc world, Netflix could get around this by purchasing discs and distributing them without studio agreements if necessary. But in the streaming world the rules of the game are very different and Netflix looks extremely vulnerable.

Once a digital disruptor in its own right — completely transforming the movie rental market — Netflix is highly vulnerable to disruptive forces influencing its strategic business capabilities. In order to maximize its competitive advantage, Netflix must look for ways in which to leverage customer insight to deliver a more valuable customer experience and become the movie distribution platform of choice for consumers. Only by getting customers to demand content providers distribute through Netflix can Netflix hope to compete against bigger rivals like Amazon, Apple and Walmart in the long run. And for many customers Apple and Amazon control the last customer touch point through the iPad and Kindle, giving them a strategic advantage Netflix lacks.

What are the lessons for CIOs in all of this?

All business executives must constantly review their organization’s strategic capabilities for threats and opportunities from digital disruption. Consider the strategic business capabilities of Netflix:

Netflix executives must explore the potential for emerging digital technologies to either threaten these capabilities or create opportunities to enhance customer value. Take, for example, how the ability of customers to use a Netflix app to scan the bar codes from their own physical DVD library might be used to add value to the Netflix experience:

By capturing information about the DVDs its customers have already purchased, Netflix can create an online view of the customer library. To this library they can apply all the power of the recommendation engine toward improving the customer experience. Such an app could be used to create stickiness for customers wanting an easy way to manage their physical disc libraries. By connecting the dots it’s possible to see how this could open up opportunities to license free streaming to customers who already own discs, making the content available in digital format to watch on a plane for example. Disruptors must always be looking for threats and opportunities to control the customer experience.

Effective CIOs must be first and foremost business executives, albeit executives with a focus on technology. Since successful digital disruption hinges on the technology capabilities of the organization, CIOs must position their IT teams to partner with product managers to fully understand the drivers of customer value. Only then can IT be an effective partner in building out the technology capabilities the organization needs to both become a disruptor and defend against competitive digital disruptors.

In addition, digital disruption requires the application of digital processes to every facet of the business, and not just in altering the customer experience. As my colleague James McQuivey puts it so well: “Instead, digital becomes a key element of product design, development, testing, production, distribution, and customer satisfaction. This way, a company dramatically reduces its cost to satisfy customers as well as the time it takes to trial and release new products, leading to an economic advantage that analog-dependent companies cannot touch.”

So if you were the CIO of Netflix, what would you be doing to help drive competitive advantage?