SAP Has Managed A Turnaround After Léo Apotheker’s Departure 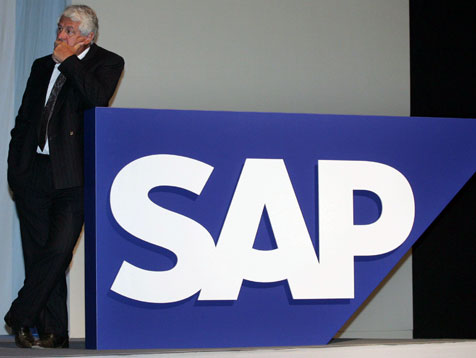 In February 2010, after Léo Apotheker resigned as CEO of SAP, I wrote a blog post with 10 predictions for the company for the remaining year. Although the new leadership mentioned again and again that this step would not have any influence on the company’s strategy, it was clear that further changes would follow, as it doesn’t make any sense to simply replace the CEO and leave everything else as is when problems were obviously growing bigger for the company.

I predicted that the SAP leadership change was just the starting point, the visible tip of an iceberg, with further changes to come. Today, one year later, I want to review these predictions and shed some light on 2010, which has become the “Turnaround Year For SAP.”

After Bill McDermott and Jim Hagemann Snabe were installed as the new SAP co-CEOs, Erwin Gunst and John Schwarz left the board and SAP’s CTO Vishal Sikka was appointed as a board member and Peter Lorenz as a corporate officer. This has significantly boosted the long overdue technical and product-related expertise at a leadership level and has been instrumental in refocusing the company on innovation (for more, check out our blog post, “SAP CEO Resigns —Long Live The Co-CEOs”). To address another big challenge — employee satisfaction — Angelika Dammann joined the SAP board in July, leading all global human resources. Many other key positions have changed as well over the year, including a new head of communications (Hubertus Kuelps replacing Herbet Heitmann), corporate strategy (Chakib Boudhary replacing Pascal Brosset), global industries (Kerstin Geiger replacing Bob Stutz), and others. And 2010 ended with another executive Christmas shuffle: Apparently Doug Merritt (EVP, sales BusinessObjects), Bernd-Michael Rumpf (head of global field services), S. Singh Mecker (head of global partner management), Bob Stutz (head of global mobile solutions), and other executives have left SAP. Wow — it looks like 2010 was not only a strategic turnaround year for SAP but also an executive overhaul.

SAP had become a bit silent over Business ByDesign during the years of its delayed market introduction. After its first glorious announcement in 2007, it wasn’t until 2010 that we saw a breakthrough for the product. In addition to a new interface based on Microsoft Silverlight, the mid-2010 version 2.5 finally supports a critically needed multitenant architecture so that SAP can now scale its new small and medium-size business (SMB) strategy and bring it to market. The start, since the official release in July 2010, looks promising, and one can already hear about plans to introduce ByDesign into the large enterprise business (for subsidiaries) as well as using the platform for other SAP OnDemand solutions. It looks like ByDesign is finally on its way to a (if not “the”) key SAP technology platform. Although, the question is, why didn’t this happen from the very start?

When SAP outlined its strategy at the Influencer Summit in December 2010 in Santa Clara, California (OnPremise, OnDemand, OnDevice), there was no mentioning of any plans for a next-generation ERP solution. The company is currently busy building the periphery around its core business suite with OnDemand and Mobile solutions and carefully introducing incremental innovations to the core. However, with competition like Oracle bringing its Fusion Applications to market this year, SAP will eventually need to think about the future of its flagship. Forbearance is not acquittance.

Looking at the early 2010 zoo of SAP OnDemand solutions, based on many different technology platforms (check out my blog post, “SAP Is Skydiving Into The Clouds”), I predicted a consolidation, probably based on ByDesign, when the solution finally would become multitenant ready and released. At the Influencer Summit in December, SAP revealed its new OnDemand solution strategy: Consolidation on two platforms with ByDesign for all ABAP-based Line of Business OnDemand solutions (e.g., customer relationship management [CRM]) and River, a new platform for all Java-based OnDemand solutions (e.g., StreamWork), both sitting on the next-generation NetWeaver 8 platform. For the time being, SAP will continue to support, e.g., eSourcing OnDemand based on Frictionless; but the days of this and all other acquired OnDemand platforms are numbered. SAP also revealed plans to enter the platform-as-a-service (PaaS) market as a platform provider for independent software vendors (ISVs); at least for the time being, however, this will be limited to ISV extensions around the SAP solution portfolio.

Industries have always been a core competence and key differentiator for SAP. However, many core industries were mainly used as cash cows and only few received significant innovation and investment over the past few years at SAP. Early in 2010, Kerstin Geiger, an in-house industry veteran, replaced Bob Stutz as head of global industries at SAP. For the first time, SAP hosted a dedicated industry analyst event in 2010 to announce its new, re-enforced industry strategy: Besides clear road maps for all industries, the theme of cross-industry business processes was front and center, and there are indeed many examples where industries are breaking out of their traditional silos. However, a synergy-focused strategy out front often disguises actual cost-cutting in the back. While it remains to be seen if industry investments, also in SAP’s core industries, will emerge this year or not, the starting point was made in 2010.

A number of boomerangs resurfaced at SAP, including, e.g., Michael Kleinemeier (left SAP 2008), the old and new head of SAP Germany-Austria-Switzerland and others, but, in general, we didn’t see a strong re-hiring of former key people that left the company during the layoff wave in 2009.

7. SAP Will Do A Major Acquisition — TRUE

SAP acquired Sybase in 2010 for $5.8 billion, which boosted its mobile capabilities as well as added real-time analytics, solutions for the financial services industry, and some database assets (read more at my blog post, “SAP Acquires Sybase — What’s The Strategic Intend Behind The Deal?”). In my opinion, the Sybase deal is not the big, strategic acquisition that will prevent SAP from getting boxed in by competition in the long run (e.g., see my recent blog post, “What recent acquisitions mean to SAP”), but it was definitely a strong step into the right direction, a commitment to innovation and demonstration of leadership of the new board. Good step, SAP!

Early in 2010, when SAP was looking for innovation topics, in-memory was such a new concept that SAP Co-Founder Hasso Plattner interviewed himself to explain it to the audience. Over the course of the year, the concept matured and finally SAP launched the High-Performance Analytics Appliance (HANA) on December first at TechEd in India. In fact, in-memory today has become a mantra for the software giant and is the strongest innovation driver for SAP’s future solutions (not to mention a slap at Oracle with its database business as a welcome side effect). However, SAP’s in-memory solution is currently only focused on analytics, and the competition has very strong appliance solutions in this space as well (e.g., IBM with Netezza). Once SAP takes in-memory to their business process applications, the technology will make a big difference.

Early last year, I predicted that it’s time for SAP to simplify its complicated and sometimes confusing messaging (slogan: “The Best-Run Businesses Run SAP”). Indeed, after almost eight years with the old slogan (which was a holdover from the Internet eBusiness time), the company launched in October 2010 its new “Run Better” campaign, which highlights how companies around the world run better with SAP software and analytics (check out the launch video). Sound familiar? Yes, this comes close to IBM’s very successful “Smarter Planet” campaign, but I actually think there’s nothing wrong in borrowing from a great idea, especially if it’s so comprehensive.

Actually, SAP had continued in 2010 to further leverage the BusinessObjects acquisition in combination with its core application portfolio, and we have seen some interesting examples like the September 2010 launch of SAP Business Objects Analytics Applications with 10 industry specific dashboards, as well as some report integration into new SAP All-In-One user interfaces. However, these examples seem to be the exceptions, and it looks like SAP has not yet understood the convergence trend of business intelligence and analytical insights into business process applications — a huge opportunity for SAP (and of course other companies) for innovation and differentiation in the near future.

Christopher Gilchrist January 24, 2023
To help execs prepare for 2023, we just published a new report, Use Forrester’s Tech Insights And Econometrics Research To Plan For 2023, to give insight into what labor, investments, budgets, and productivity will look like this year.
Read More